Nine To Noon for Tuesday 9 September 2008

Nine to Noon on Tuesday 9 September 2008

9:05 Should Police Officers be banned from serving on local councils?

New research from Victoria University has found that people will think they remember something that never happened just from talking to someone who has different information.

Lauren French has just completed a PhD psychology thesis about how everyday conversations can distort memory and discusses her findings.

Richard is Washington editor of The Guardian 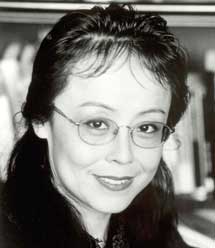 Xinran, Chinese author, journalist and commentator who traveled the length and breadth of China for her new book, China Witness.

The book has been described as an epic oral history - in it, she interviews elderly men and women from around the huge country, about their experiences throughout China's tumultuous 20th Century. The book is the culmination of twenty years of interviewing the elder generation all over China.

Xinran has been in New Zealand for the Christchurch Writers Festival.