An underwater run-in with a slimy hagfish and curiosity about the food source for these scavenging fish that live up to 400 metres below sea level in the New Zealand fiords, have unravelled secrets of the underworld and won researcher Rebecca McLeod the title of 2008 MacDiarmid Young Scientist of the Year. 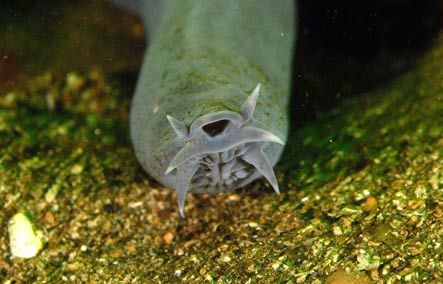 Rebecca encountered the ancient and primitive hagfish (pictured above), which is jawless, toothless and blind and excretes a stinky slime when stressed, during her first dive in Fiordland. Her subsequent research into its diet has revealed a novel food web in which coastal deep water creatures rely on recycled energy from Fiordlandâ€™s coastal forests.

Former farm worker, turned undercover cop, turned television executive - and a furniture maker on the side.

10:45 Book Reading: On The Wings Of Mercury - The Lorraine Moller Story

Leon Wharekura - It's A Love Thing
Self released 2007

11:45 Week That Was with Radar and Irene Pink