Tony Stark first put on the Iron Man suit in 1968, according to the Marvel Comic world.

“It’s this mechanised suit of armor the gives him superhuman strength, it’s durable and I mean, it’s even got weapons as well – what more could you want?” associate professor in Chemistry Catherine Whitby asked Nights.

Not only does it allow Iron Man to withstand bullets and fly in the sky, but the suit mends itself.

“It’s incredible, isn’t it?” Whitby says. “This ability to self-heal, it’s the holy grail of something that scientists would ultimately like to be able to do.”

Whitby also loves that all he has to do is touch a button and the suit starts to move around him – it's a far cry from Superman having to hop into a phone booth.

But just how realistic is it? Whitby looks to nature to find out. 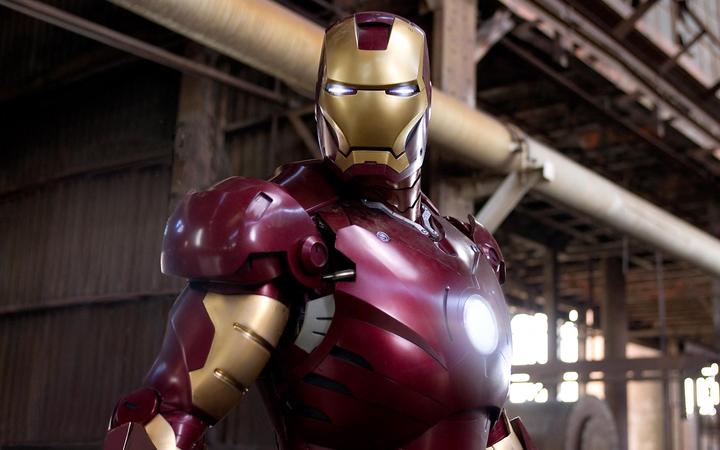 “One of the big, or really interesting features of this suit is that it’s kind of like a shell that’s got this incredible strength and an ability to protect Tony from all sorts of situations and we’re actually starting to try and imitate these kinds of shells that already form in nature.”

One thing animals who have shells have in common though, and what might be a bit of a problem for Iron Man, is that they don’t move very fast.

But Whitby says the advantage that Iron Man has is that his armor is also mechanised, so there are motors within it that get him moving around.

“Whereas for the animals, I guess their big focus is on making this covering that protects them and they don’t have little motors to put in them to move them around, they haven’t needed to do that.”

It is a feature you could imagine humans wanting to have though, she says.

“We [in] see futuristic movies, people put on a suit and they’re able to lift huge weights and things like that. Ultimately that’s what you’d want to be able to do.”

What about the suit mending itself?

“In some cases, some animals can repair their shells.”

In other cases, an animal sometimes has to shed it and grow a new one, Whitby says.

“Something like a sea snail for example, builds its own shell from scratch and this is one of the creatures that keeps growing and getting bigger and it has to keep extending and expanding its shell so it can fit inside it,” Whitby says.

The ability to self-heal is an interesting function of this type of material, she says.

Shells though, are mainly made of calcium carbonates, like chalk - something that seems very soft.

The difference is in how the animals form the particles and lay them together, she says. Think of the process of making a shell like a wall, she says, where bricks are layered to make a strong wall, and further strengthened by grouting.

Whitby says scientists have been trying to mimic the shell making process for a number of years. In fact, a professor in Wellington, Kate McGrath developed a process that mimics the natural process used by seashells.

Other scientists are now working on this process and making materials that might start to approach self-repairing, she says.

“It’s pretty early days on the self-repairing but we’re already having a lot of success on mimicking bio-mineralisation in the lab.”

But could you mimic this process with steel? Whitby says not that she’s aware of.

“The bio-mineralisation is about making these inorganic solids, not metallic materials - it’s a different kind of material that we’re talking about here.”

It turns out an iron suit that can mend itself while also being durable and providing superhuman strength may be a bit unrealistic - Bryan Crump suggested Chalk and Chiton Man may be a more achievable.