The band celebrated 40 years of their legendary album Graffiti Crimes, which included the 1979 hit 'Computer Games', with live performances in early 2020.

More about Mi-Sex from AudioCulture:

"Signed to a CBS deal by expat New Zealander and Dragon producer Peter Dawkins, the group bashed out their first album, Graffiti Crimes. But it was the single ‘Computer Games’, released three months later, that got them real chart action, shooting to No.1 in Australia, No.5 in New Zealand, and charting in 20 other countries.

1979 would turn out to be the group’s moment, and they ended up receiving three awards that year in Australia’s TV Week/Countdown music awards, for Most Popular Album or Single, Best New Talent and Best Australian Single.

1980 was strong, too, with the release of their second album, Space Race, and a lot of touring to support it. But while they did well in NZ, where they performed triumphantly at Sweetwaters festival and saw the album to the No.1 spot, interest in Australia already seemed to be dipping, and the slide would only become steeper.

By 1981 the group couldn’t get arrested, and everyone agreed that their second Sweetwaters performance was a mere replication of the previous year. Despite embarking on their first (and only, as it turned out) tour of the USA and Canada, there was only trouble on the horizon." - Gary Steel 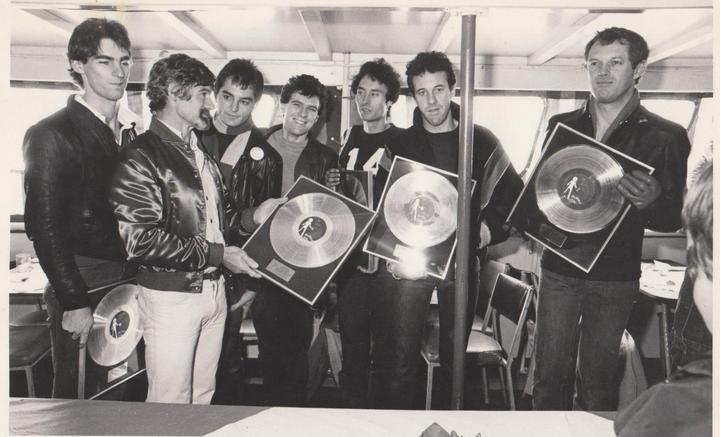 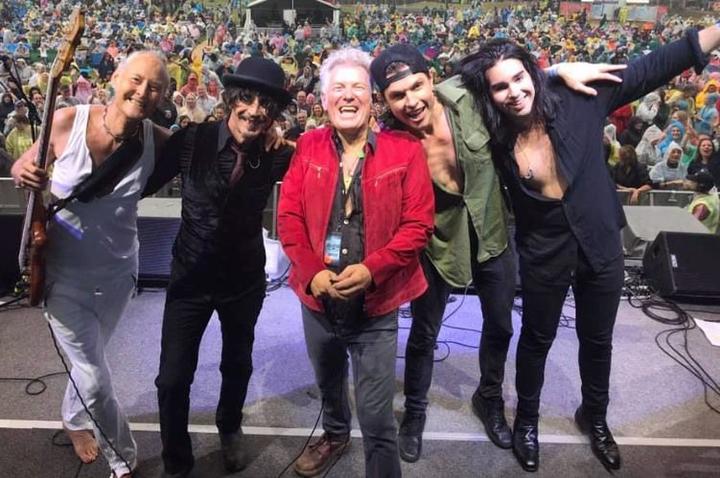 Robert Muldoon talking with Mi-Sex in 1980 after suggesting that they had as much culture as wrestling show 'On The Matt' Photo: Alexander Turnbull Library, Wellington, New Zealand