Following in the footsteps of Lawrence of Arabia

Hunua MP Andrew Bayly has three sons, and he's promised each an adventure of their own choosing.

In the case of his son Dan, it was to follow the trail blazed by T E Lawrence through the Middle East during the First World War. 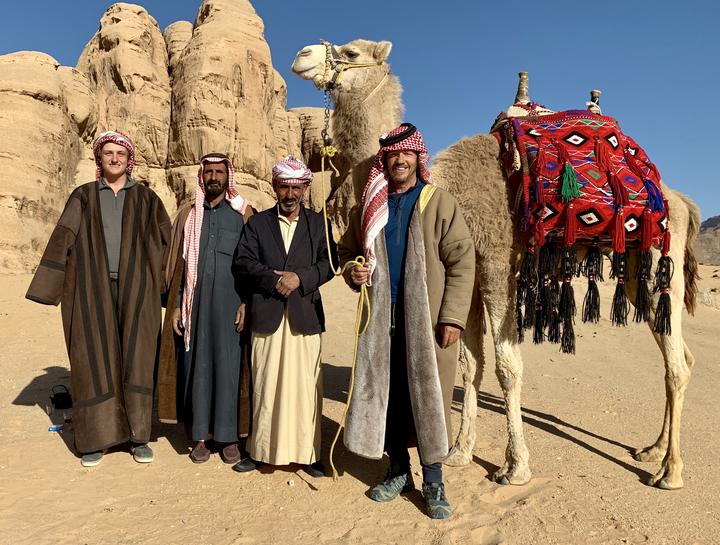 Father and son spent 22 days on camels, covering 500km of southern Jordan to follow the routes that Lawrence of Arabia took when he was a part of the Arab forces that captured Aqaba and subsequently became General Allenby's right flank on the successful march up to Damascus.

The scenery and “epicness” of the 1962 film Lawrence of Arabia, as well as his father’s constant talk about Lawrence, sparked the idea for Dan and Andrew’s adventure.

“Eventually I got pushed towards his books and his heroics…I thought it would be a great endurance adventure and I’ve never heard of anyone doing anything similar.”

Dan also wanted to double the trip of his older brother, who spent a week heading up to the North Pole.

Andrew says it’s really important that each of his sons choose their own trip because of the physical and emotional challenges of the trips.

“You want to be there as father and son but also as companions on these trips.”

The British military sent Lawrence out to Jordon at the beginning of the First World War, says Andrew, to try and find a way to work with the Arab forces.

At the point the southern part of the Ottoman Empire was loosely referred to as Arabia, says Andrew.

“He had a wonderful way with languages and worked with the different dialects, different tribes, and he was the one who helped to bring this military force and Arab forces together with Prince Faisal, who was the son of the Sharif. That became the…Arab fighting force that worked in tandem with the British forces as they walked north.” 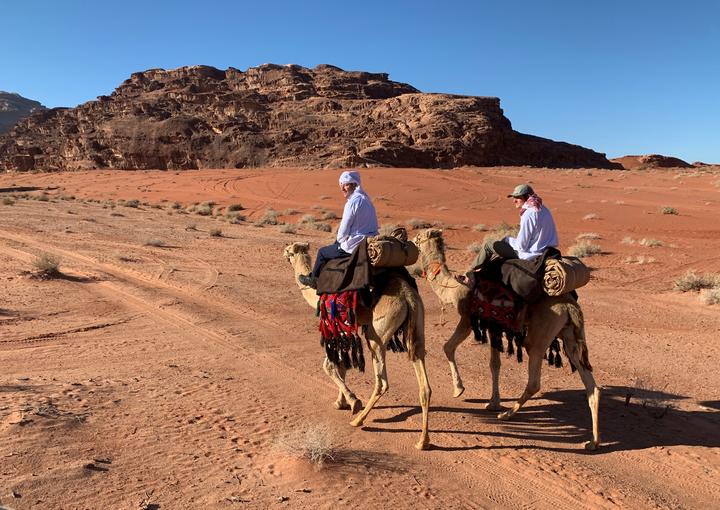 Dan says he had no experience riding camels or with the heat when he started the journey.

“No one has actually got on a camel since he did these trips and actually followed his route by camel as far as we know. So not only were we enjoying the moment of living like Bedouin in the desert but the other purpose of the trip is actually to follow those routes and to test some of the comments he made in his wonderful book Seven Pillars of Wisdom,” says Andrew.

He says after a certain point they actually didn’t know where they were going, heading in the direction they thought was right.

“Sometimes Bedouin would drive up to us and ask us where we were going…Bedouin don’t ride camels now…they’d drive up to us in old jeep type things and tell us we’re going the wrong way and steer us and correct us.”

Base of Burdah Photo: Andrew Bayly

Along the way, the trio (Dan, Andrew and the camel owner) camped out on mattresses under the stars, but because it was winter it would reach 1 degree overnight.

They lived off a diet of tinned sardines, tinned tuna, olives, cheese and bread they cooked every day on a fire.

Andrew says they were referred to as “crazy Kiwis” through their trip. 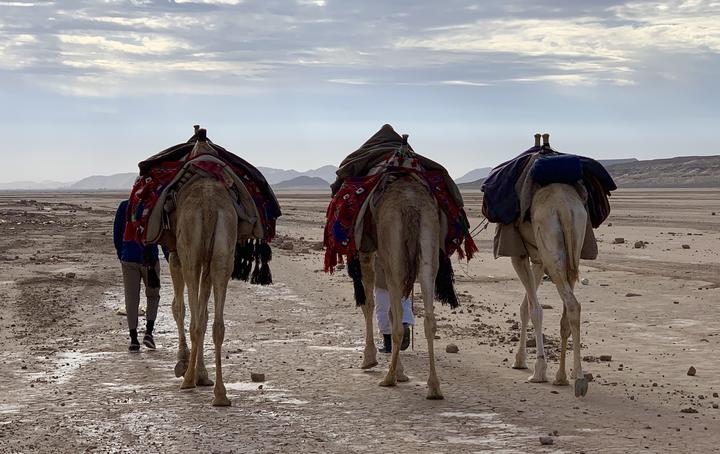