When it comes to global leadership trends, men with the big egos appear to be back; Donald Trump, Vladimir Putin and Brazil’s Jair Bolsonaro to name a few.

But despite the trend, there’s also been moves to foster a more feminist approach to foreign policy. 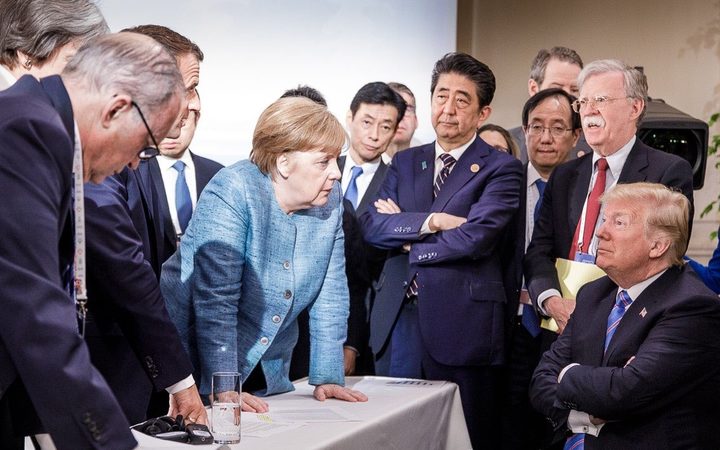 Lyric Thompson, director of policy and advocacy at the International Centre for Research on Women in Washington DC, says a feminist foreign policy is for all, the concept reflects that for the most part, foreign policy has been designed to reinforce the largely male-dominated and patriarchal structures in the global economy today.

“…it’s not saying only look at women, it’s saying look at the power structures that are expressed in a way that we organise everything from defence to trade to diplomacy and think about ways that we can restructure practice that enables a more equitable approach that is inclusive of folks that have historically been marginalised, including but not limiting to women.”

Looking at intersections with race, ethnicity, sexuality and gender identity are also important, she says. “Anyone who historically hasn’t had a fair share, how do we affirm that that’s been the case and then how do we seek to change that in the future.”

In 2014, Sweden gave the world the first explicitly feminist foreign policy, says Thompson. The foreign minister said the country’s approach to foreign policy was about three things, one of them being representation. “The Swedish shorthand is; rights, resources and representation.”

Not every country that has adopted a feminist foreign policy since Sweden has committed to equitable representation measures within government. But she says providing more opportunities for this to happen would be an indicator of success with regards to the structure and implementation of feminist foreign policy.

Thompson has been looking specifically at the content of these policies; whether or not they advance women’s rights, the intersections of climate justice, affirm reproductive and sexual rights etc.

Sweden has published a number of documents to show how it has progressed since adopting the policy but Thompson says she’d like to see an independent report because the timeline of their release has come into question - just before an election. 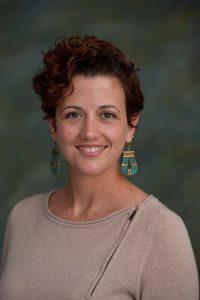 Lyric Thompson, director of policy and advocy at the International Centre for Research on Women in Washington DC. Photo: Supplied ICRW.com

“We also need research to document change and be sure that we’re meeting our goals, or at the very beginning we need to articulate specific goals that we have, what do we want to change so that we can then know whether we are reaching those goals.” Most countries are hesitating to do this, with only France committing to annual public reporting, she says.

France has committed to advance women’s issues like protection from violence, reduce rape and war related violence against women and to protect access to healthcare.

“There needs to be a global effort and that’s what we’re trying to do, to standardise what does foreign policy mean so that as more countries consider this approach we can see some uniformity across the board and really be able to document how much we’re able to change the status quo.”

It’s important that it includes diplomacy, she says, which means calling out countries with discriminatory policies.

Sweden has received criticism in this area, particularly after it engaged in arms trade with Saudi Arabia after adopting the a feminist foreign policy, says Thompson.

“There’s room for improvement across the board, even in those few brave countries who have attempted to do this explicitly.”