New Zealand - Peacemakers of the Pacific?

Could New Zealand become a peace-keeping nation? We’ve done it before, and a new report suggests it would be quick and easy to set up. 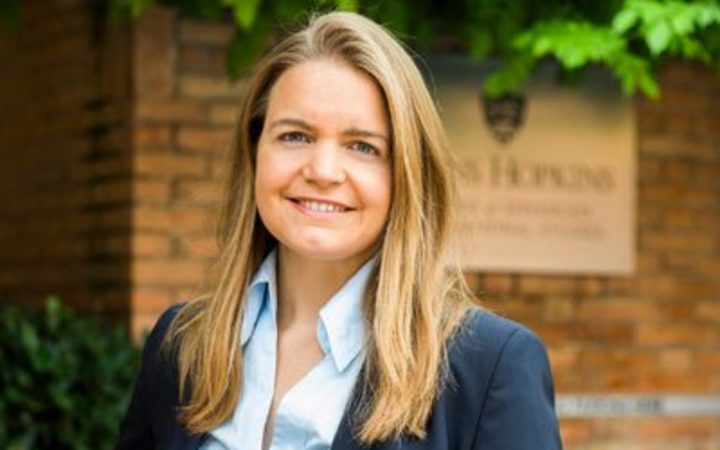 Nina Hall, Assistant Professor of International Relations John Hopkins University, SAIS Europe was one of a group of New Zealanders who released a report last year, on the possibility of this country setting up a Conflict Prevention office. She joined Nights with Bryan Crump to explain.

She says a conflict prevention office would be government supported but independent and would gather and develop expertise around peace mediation and conflict resolution.

New Zealand already has leading thinkers working in peace mediation around the world which could give the office a springboard.

“We could become more of a hub to build on their expertise and capacity and develop new expertise in the government.”

New Zealand is also able to develop distinct approaches to peace mediation which could including building Tikanga Māori into the process and reflecting on this country’s own experience in colonisation and conflict, Hall says.

She gives the example of Bougainville peace mediation New Zealand hosted in the 1990s where Māori women played an important role in the talks.

“If you look to other [peace-keeping] countries like Switzerland or Norway or Ireland, they are generally quite small countries. Partly because if you’re a big country like the US or Germany you have too many relations or conflicts of interest already, so I think New Zealand has some of those assets.”

Transitioning to a peace-keeping role could mean a rethink of our relationship with the five eyes network, however.

Hall says we’re currently in a complex situation in our relations with China and the US who are both battling each other over tariffs and trade.

“The way I see it is that we have shifted in some ways somewhat surprisingly closer to the US under a Labour government.”

Hall says this was most evident when Winston Peters visited Washington D.C. and gave a speech where he talked strongly about the common values between New Zealand and the US.

Peters said: “There are few relationships better than that of New Zealand and the US, we share a special connection. We both retain democratic traditions which stood firm despite the upheavals of the 20th century.”

Peters went on to elaborate about how our global interests correspond with each other.

“The implicit kind of nudge here was that we’re with the US, not with China,” Hall says.

NZ needs a strong relationship with both China and the US, but Hall says we also want to be able to strongly critique both countries.

So why do it? For Hall it’s quite straightforward. There’s an increase in international conflict and not enough supply of peace mediators.

“Not everything will work out all the time but it’s worth it. The cost of dealing with a conflict is a lot more than peace mediation.

“This is not a pie in the sky idea, this is quite a practical suggestion of setting up a unit that we’ve costed and could be set up quite quickly and we’ve got this experience in the past.”

Clark in 2005 hosted Norway’s then Prime Minister and asked what New Zealand could learn from the Norway model. More recently in 2016, when New Zealand were on the UN Security Council, MFAT wrote a document called conflict prevention strategy. It recommended that New Zealand sustain and develop a modest capacity of its own.

“It emphasised that we have in New Zealand all the building blocks in New Zealand for doing this sort of work around conflict resolution and peace mediation and that it would probably be a foolish advisor who would suggest that we’re in such a benign security situation that we cannot invest in developing this capacity.”

Hall says any peace mediation unit would have to be supported by both parties to be effective in the long term and being independent does not necessarily mean non-aligned.

“I think independence is very much about outlining where the areas are that New Zealand can really put forward some important suggestions and contributions to international peacekeeping and security and be very proactive.”