The phonograph was a veritable cornucopia of home entertainment with its endlessly varied repertoire to brighten the dullest home. Or so the advertisers would have you believe. Wairarapa Age, 23 January 1907, 3 Photo: supplied

New Zealanders started hearing things in new ways when new audio technologies arrived from overseas in the late 19th century. From the first public demonstration of a phonograph in a Blenheim hall in 1879, people were exposed to a succession of machines that captured, stored and transmitted sounds – through radio, cinema and recordings. 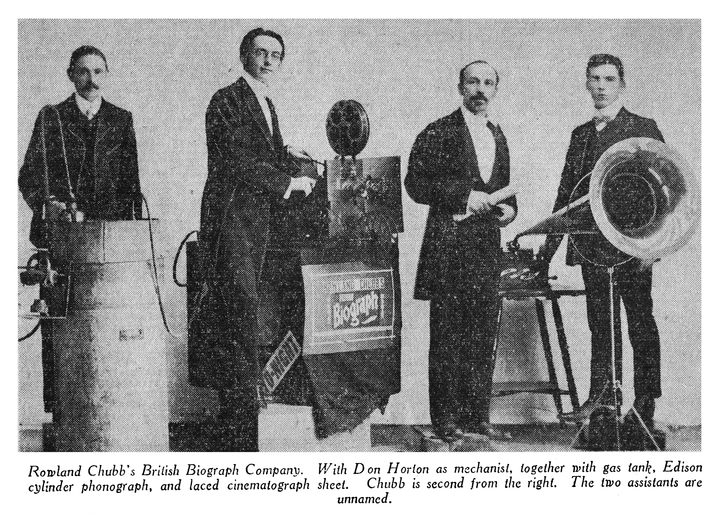 Rowland Chubb (second from right) cashed in on the ‘British Biograph’ brand when he toured films of the San Francisco earthquake aftermath during 1906. This equipment (‘gas tank, Edison cylinder phonograph and laced cinematograph’) was typically used by exhibitors during the early twentieth century. Dave McWilliams, Auckland’s Film History 1896–1941, 8 Photo: supplied 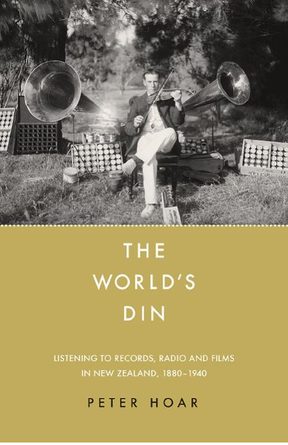 Peter Hoar talks to Bryan Crump about the arrival of the first such ‘talking machines’, and their growing place in New Zealanders’ public and private lives, through the years of radio to the dawn of television.

The change was radical, signifying a defining break from the past. Human experience of the world changed forever during the late 19th and early 20 centuries because we learned to capture, store, and transmit sounds and moving images. ‘Audio’ since then has been a continued refinement of the original innovation, even in the contemporary era of digital sound, with iPods, streaming audio and Spotify.

Peter's book The World’s Din chronicles the ‘sonic revolution’ in how New Zealanders heard the world.