'It is a very special place and it is dying'

The Great Barrier Reef is not in grave danger… yet, according to a draft report from UNESCO. 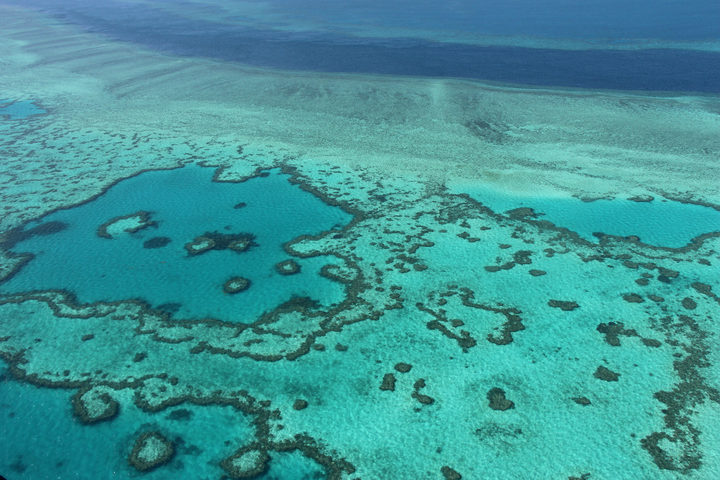 The Turnbull government is calling the report a big win for Australia, but University of Queensland science professor James Watson says it's at best a "suspended sentence" and UNESCO hasn't let Australia off the hook.

"It is a very special place and it is dying. And if we don't do something about it we'll lose it in the next 50 years."

UNESCO's report says Australia has a good plan in place to save the reef, but not enough action is being taken.

It calls for an accelerated effort by the government to ensure the reef isn't listed as endangered in 2019 (when UNESCO next assesses its danger list), Watson says.

"It's basically saying we're not on track to meet any of the targets on the plan.

Watson believes the Australian government lobbied UNESCO for this result.

"It's a highly political exercise. It's pulling in favours, it's veiled threats probably for some nations to say 'We fund you to do this, please give us your vote'. And then the doors close and they come out with this decision.

"For a rich developed country, which is proud of its natural heritage, to have the largest coral reef be placed on the endangered list because of the Australian government's inaction to save it would have been mortifying."

UNESCO also announced that from now countries which have coral reefs need to have climate-change targets, singling out Australia for its woefully inadequate climate change policy, Watson says.

"The point that UNESCO made is that for all coral reefs to survive the next 50, 100 years we've got to keep global warming down to 1.5 degrees above the normal."

"There is no policy, there is no target. The target right now, if you track what the Australian government says they're gonna do, will make sure the planet goes up by about three or four degrees – which is just unacceptable, that is well and truly in the red line of climate change. And that is what the government is proudly saying is their climate policy."

"We want to save the barrier reef yet at the same time we have a government who is trying to approve the single biggest coal mine in the world, the Adani coal mine in western Queensland. We are still trying to sell off our coal to developing nations to make a profit, which will lead to dramatic global warming. Not only that, the coal has to go to a port that then has to go through the barrier reef. You have to dredge up a bay which adds all this sediment to the reef. You then have to have a shipping lane which makes great holes in the reef. They've got to smash through corals to get the ships in and out. And you're selling this toxic source of greenhouse gases to countries that aren't going to have clean coal technology so it'll increase the warming of the planet."

"Two major climate-induced bleaching events really stuffed a lot of the reef, 50 percent of the reef went into serious decline as a consequence of that"

At the same time, water pollution levels have gone through the roof from land clearing in Queensland, leading to massive sedimentation in rivers which then spreads out like a plume into the reef, Watson says.

"We're clearing a cricket field of woodland every three minutes in Queensland right now. A million hectares of woodland has been cleared over the last five years, and that has really choked up the reef."

The northern part of the reef is also affected by the phosphorus and nitrogen used on sugar cane fields being released into the rivers, he says.

"That is simply a toxic bunch of chemicals the coral algae just can't tolerate."

The federal government's plan is to buy (for millions of dollars) farming rights from these cane producers, stop the land clearing that is harming the reef, and restore the degraded hillsides which are allowing sediment into the river systems.

Yet in Queensland – "the wild west of Australia" – there is strong opposition, Watson.

"There is a very big rural community that believes they are right to land-clear."

Watson urges people to make time to see the special places in the world that are disappearing.

"Any coral reef that you love, any mangrove community, estuarine community, high-alpine community, glacier community – they're the ones that are disappearing fastest. So if you love seeing those things and you want your kids to see them, I'd make sure they have a chance now. Because if the status quo remains, they will go, they will disappear and they won't come back."

James Watson is an associate professor fellow at University of Queensland and director of science and research initiative at the Wildlife Conservation Society.