The first Māori in Australia

Māori have been in Australia since before the nation was born. Hohepa Ruhe talks with Bryan Crump about the Māori who have lived, traded, visited and worked there since 1793. 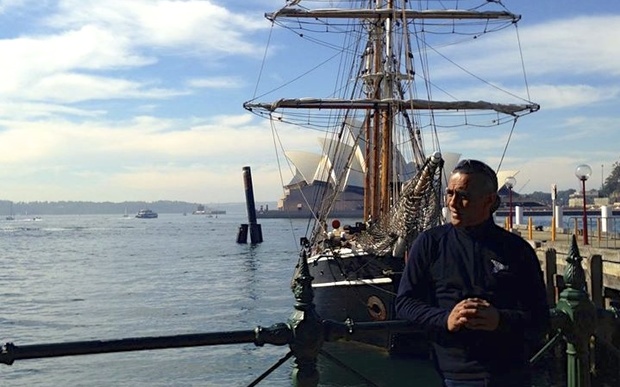 Read a snapshot of the interview

Hohepa Ruhe: [The first recorded Māori were] two men called Tuki Tahua and Ngāhuruhuru. They arrived in April 15, 1793 from the Far North of New Zealand.

The governor of Norfolk Island at the time was Philip Gidley King. He had a relative of harakeke (flax) growing on Norfolk Island [but] been unsuccessful in trying to get the flax of the time to a high enough grade to utilise as ropes – sails for the navy, for example, maybe clothing products for the new colonies that they were setting up in the south.

Philip Gidley King had this idea of trying to “procure” two to three Māori from New Zealand to, how would you say, 'enhance' the process of flax, to try and get the flax to a high-enough grade to utilise for the new colony.

[Gidley King's] vessel was sailing into the Far North of New Zealand. Apparently the captain had sick crew aboard, so he didn’t even stop to anchor in far north waters. He just slowly drifted through and enticed these two men aboard.

They were taken downstairs, given gifts, given food, and a few hours later they were brought upstairs. Not a blade of grass, not a grain of sand anywhere... They’d actually been kidnapped.

They only spent a few days in Sydney and then they were transport to Norfolk Island. Philip Gidley King had clear ideas about what he wanted the men to do.

Philip Gidley King set them up in Government House at Norfolk Island. They weren’t in the barracks, they weren’t housed with the convicts. They weren’t actually asked to do any hard labour, which is interesting. The men were quite giving once they found out they weren’t going to be doing that.

One thing they had to say, though, to Philip Gidley King was the simple thing that [harakeke, or flax] is actually the realm of Māori women and they are specialists within the Māori world. So they actually took the wrong sex… The men had very limited understanding of the procurement of flax. They gave their knowledge anyway under the proviso that Philip Gidley King would take them home.

Tuki Tahua drew a map in chalk on the floor of Government House at Norfolk Island and that map was transferred to paper. The map had all the places where the men wished to be dropped off... and that map got them home. 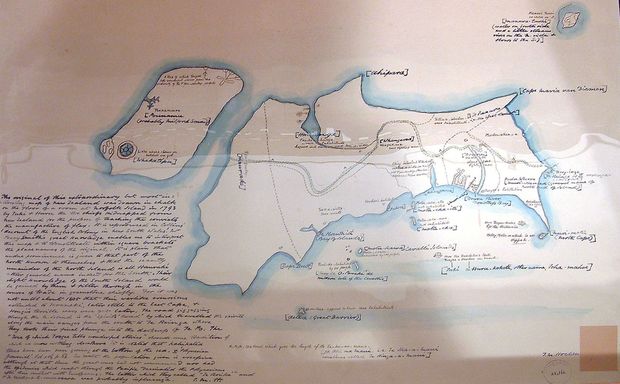