From Vikings high on mushrooms to soldiers on speed in Vietnam... Historian Lukasz Kamienski says we have been fighting wars 'on drugs' for thousands of years. 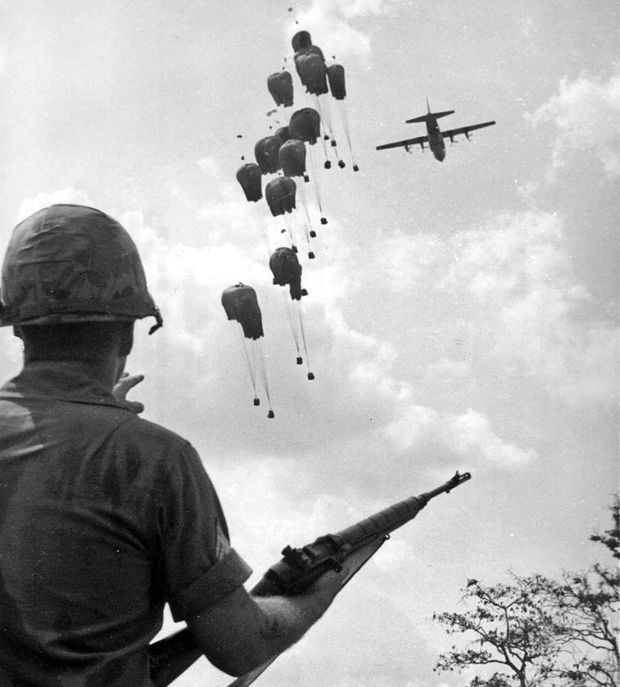 Bryan Crump talks with Lukasz Kamienski, author of Shooting Up: A Short History of Drugs and War:

Have drugged-up soldiers been around as long as war itself?

LK: I’m afraid that’s right. The history of drugs and war goes back to ancient times actually. If you at the Greeks, the hoplite soldiers went into war drunk on wine. The Vikings were high on magic mushrooms when getting into these wild animal-like fearful feelings of combat. India in 17th century... The members of the Hindu warrior class were regular opium-eaters. The First World War was fuelled by cocaine on the frontlines, and the Second World War was fuelled by amphetamines.

Does drug use explain the Nazi’s irrational decision-making?

LK: It was an rational decision to administer drugs to the troops. They were used to increase their performance.

Who took cocaine in the First World War?

LK: There are reports of German and French pilots taking cocaine to increase performance. The British used a mixture of kola nuts and cocaine. The drug was named Forced March. The cocaine was probably given with daily with rations of rum.

Both sides of the Second World War were on speed?

LK: The British were in the Second. That followed the Germans. German pilots were found with mysterious pills. They checked them, found out it was methamphetamine. They combined this finding with intelligence reports. They started experimenting with amphetamines. They conducted field experiments and looked at their reactions to the drugs. Royal Air Force approved tactical use of amphetamines for long missions.

Do we have anything more than anecdotal evidence of drugs and performance?

LK: You can find descriptions of the drug usage, but I see three basics reasons why it’s been an untold story.

Up until the mid-20th century, the use of psychoactive substances like alcohol, opiates, cocaine, and amphetamine for medical purposes was fairly common, and there was little discussion about soldiers who became addicted in the course of medical treatment .

Another reason is that the military use of intoxicants kept it covered, secrecy was crucial for improving the combat performance. Also state policies of controlling mind-altering substances made the approved use by soldiers a taboo. Why? Because normal citizens were not allowed. Soldiers were not only permitted, but required.

The third reason is that it’s highly unsettlingly for a government to acknowledge that such powerful forces of patriotism, nationalism or religion may not be sufficient in committing men to combat, that they need an additional chemical motivator to inspire their courage.