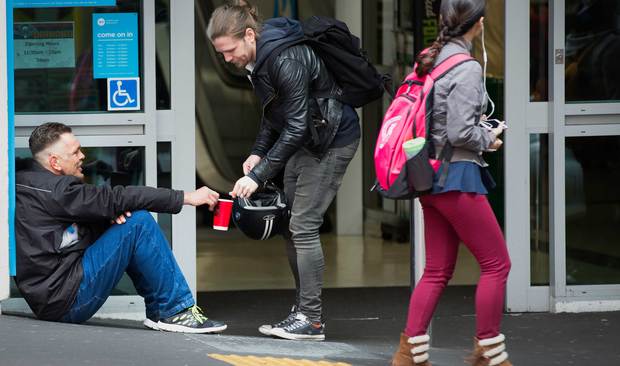 Begging in New Zealand - Auckland Council estimates that every day there are approximately 30 people begging up and down Queen Street and nearby thoroughfares.

While some are neatly presented, others lie sprawled across doorways, laughing and chatting with those nearby.

There are also those who want to remain invisible - covering themselves up, and let their cups and signs do the talking.

But, no matter what their chosen position is, as soon as they sit or kneel on the footpath they are covered by Auckland's city safety and public nuisance by-law.

Auckland Council's manager of by-laws and compliance Max Wilde says begging in the city is on the increase.

"Begging seems to be related to complex social issues, there's not exactly one reason specific why people beg - there may be underlying alcohol and drug issues.

"They may, due to mental health issues, have fallen through the cracks of the welfare system, and they may be on the streets sometimes just to drink with their friends and want to fund their addictions.

"The numbers have been increasing, but Auckland has been growing too."

He says the the by-law has both proactive, and reactive policies, and education is fundamental to dealing with begging in the city.

"People out there begging understand the rules, where they can be [and where they can't be] in order to be compliant with the by-law."

Begging in New Zealand runs from 19-22 October on Nights with Bryan Crump, with additional daily online content at radionz.co.nz. 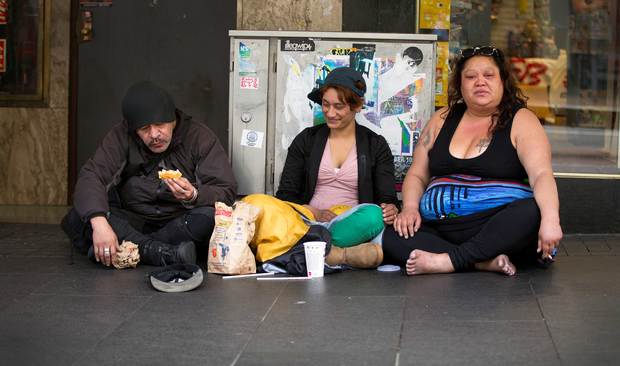