Angela McShane is a Senior Research Fellow and Head of Renaissance and Early Modern Studies at the Victoria and Albert Museum. She is talking to us about the gin craze that once gripped London. 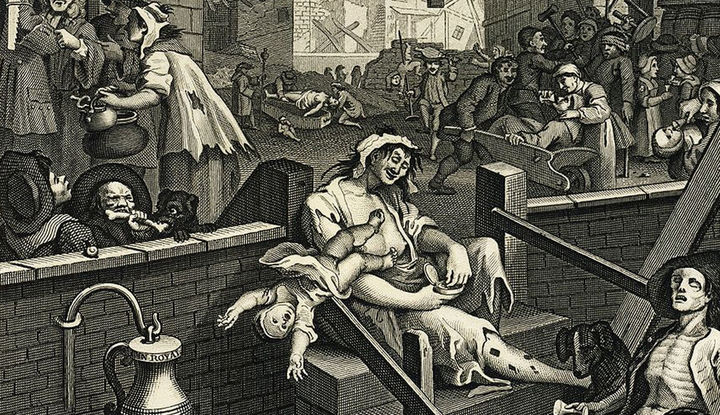 Writing music for children isn't as easy as it might seem, but it's been a successful transition for folk singer/songwriter Claudia Gunn. For the past decade she's turned her hand to children's music, winning the APRA Children's Song of the Year in both 2008 and 2010.

When political activists like Daw Sander Min were imprisoned for their campaigns on behalf of Aung San Suu Kyi's National League for Democracy they were locked up alongside sex workers like Thuzar Win, criminalised by Myanmar's harsh laws against prostitution. The BBC goes inside the sex industry in Myanmar.

Taranaki's colonial past has left a long legacy  of grievance.

The first shots of the New Zealand wars were fired at Waitara in 1860, vast tracts of Maori land were confiscated and non-violent resistance crushed at Parihaka in 1881.

As treaty settlements progress, tensions over the region's history appear to persist, with most recently a local councillor causing an outcry by suggesting te reo Maori is a dead language and funding for it be axed.

On this week’s show Mark spins favourites from Dusty Springfield, Van Morrison and John Hammond Jnr. The jazz tones of Lee Morgan also filter through and Lambchop take on a Curtis Mayfield classic.

In Nights with Bryan Crump  …after the 11 o’clock news