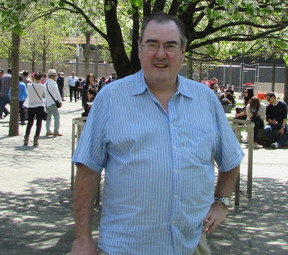 7:12 Our Own Odysseys - Plantation History

Nick Bollinger discusses a personal and political album from sister of superstar Beyonce - Solange; a set of covers from local synth-pop siren Princess Chelsea; and a memory-filled songbook from Van Morrison.

Linda Pressly tells the story of Cheran, a town in the western state of Michoacan which was the birthplace of the Mexican drug war. A mainly indigenous community, Cheran is unique in that it has no mayor, no police, no political parties and no local elections. The town governs itself, after it fought and won a legal battle for political autonomy.

In the final of our BBC Series 'America Revisited'  Philippa Thomas brings together six exciting speakers from across the  USA  - a miner, a gun enthusiast, a former convict, a liberal, a Muslim and a mixed race entrepreneur - to discuss the burning issues in America today: race, migration, the economy, faith and guns.

Trevor Reekie hosts a weekly music programme celebrating an eclectic mix of 'world' music, fusion and folk roots. Tonight features tracks from From India, Mexico, Romania, Italy, Mali, the UK as well as a face to face interview conducted at RNZ with Wu Man, the world renowned virtuoso of the Chinese Lute called the Pipa.