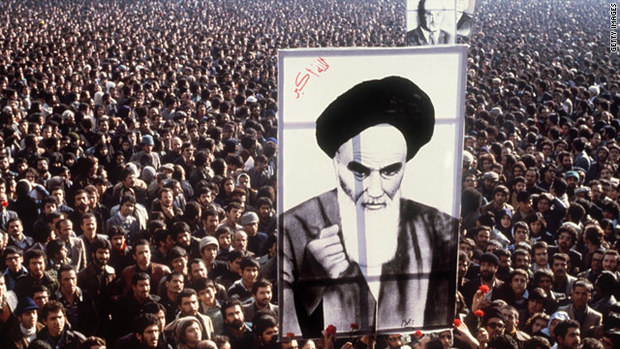 Iranian Revolution of 1978–79, also called Islamic Revolution, resulted in the toppling of the monarchy on April 1, 1979, and led to the establishment of an Islamic republic led by Ayatollah Ruhollah Khomeini Photo: Getty Images

7:12 With Iranian Headlines
the significance of opening access to Iranian newspapers that both charted the Western-backed 1953 coup d'état against Iran's popularly supported government and the 1979 Revolution - with Dr. Siavush Randjbar-Daemi lecturer in Iranian History at the University of Manchester...

8:12 Nights' Science - World Weather
MetService severe weather forecaster Erick Brenstrum on how a day doesn't go by without some weather... the behaviour of the latest El Nino climate cycle, and last year was the hottest on record - this year continues to be hot....