On the show tonight (Thursday)... 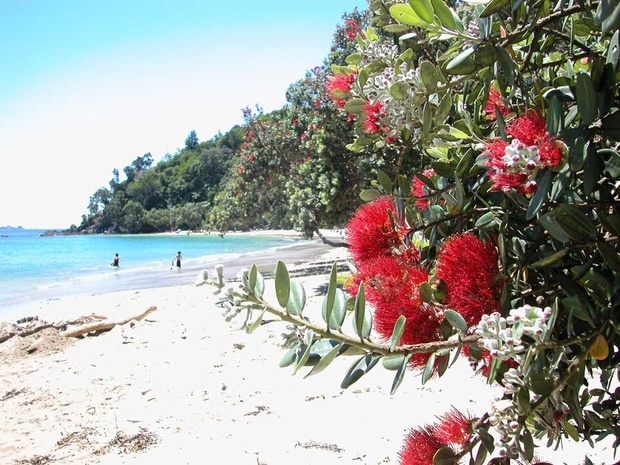 6:07 Sonic Tonic - joy
> music with magic and mischief spun into an surreal sensation of mayhem and maybe magnificence...

7:12 WORLD WEATHER
MetService severe weather forecaster Erick Brenstrum on how a day doesn't go by without some weather... that time it snowed in New Zealand and almost a million sheep died... 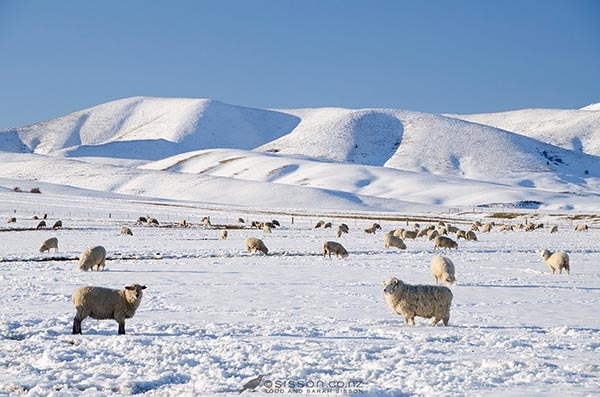 Sheep graze in snow covered paddocks near Wedderburn with the Hawkdun range in the background, Central Otago Photo: Sarah Sisson

8:12 Windows on the World - Cambodia: Trust Me I'm Not a Doctor
> international public radio documentaries

8:43 The Cultural Ambassadors - ELECTRONIC MUSIC
the evolution of music made with devices powered by electricity and/or computers, with Paul Berrington aka DJ B-Lo... how electronic music became the club staples that we still appreciate today, mainly house and techno music, and the records which became the basis of those genre before they were recognised as such. The era will cover 1982-1986, and will include music by Klein & MBO, Kano, Yazoo and Cybotron... 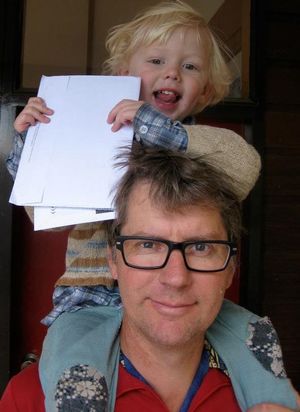 The host and his research assistant Photo: Penny Miles

9:07 2015: The First Draft
the skipper of Nights, Bryan Crump takes us through another year on Nights, and on Planet Earth.