7:10 Our Own Odysseys - Middle of the Panama Canal

He spent most of the time on a Smithsonian Institute facility studying birds, including toucans. But he also got to see a lot of ships pass in the night, and during the day too. 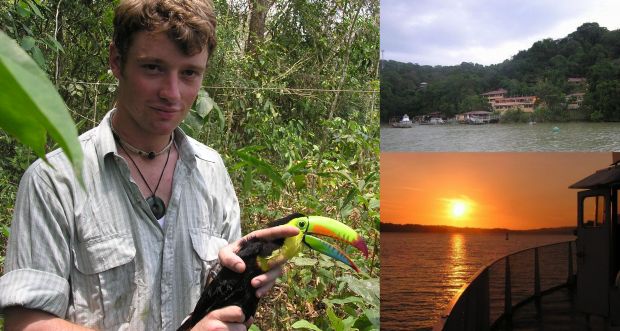 A lucky guy whose job is also his hobby, Gavin McLean, is a senior historian for the Ministry for Culture and Heritage. He talks about our structural relationship with cement and concrete.

9:06 The Tuesday Feature: The War That Changed the World - Sydney: The Legend of Anzac

A distinctly Australian perspective on Gallipoli and the significance on ANZC Day. The Sydney discussion on the experience and legacy of WW1, from the BBC World Service Series: The War That Changed the World. In association with the British Council, BBC presenter Razia Iqbal and an Australian audience debate the role the 'legend of Anzac' played in the hundred year history of Australia since the first Anzac Day. With Marilyn Lake from the University of Melbourne, Bruce Scates of Monash University and theatre director and playwright Wesley Enoch, a relative of one Aboriginal WW1 soldier, Horace Thomas Dalton. (BBC)

A selection of world music along with jazz, rock, folk and other styles, artists and songs with world and roots influences chosen and presented by Wichita radio host Chris Heim (7 of 13, KMUW)