7:10 PNG's Paradox of Plenty
The real challenges Papua New Guinea faces transferring profits from the mining industry into social services for the population of this developing nation - with A. Prof. Glenn Banks from Massey University

Editor of The International Jerusalem Post and a Jerusalem Post columnist, Liat Collins reports from the State of Israel, pop. 8,051,200 (est. 2013)... the repercussions of the Charlie Hebdo and kosher supermarket attack in Paris; and politicking is in full-swing with elections coming up in March. 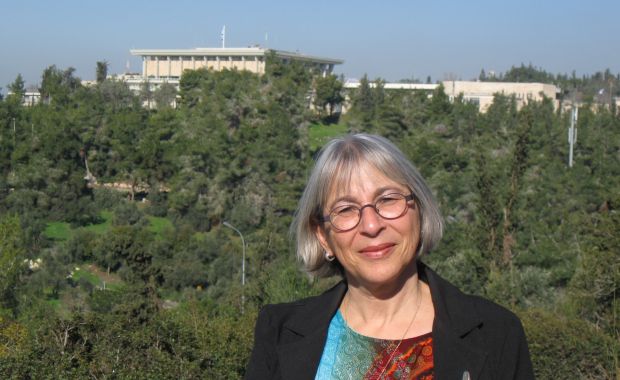 Liat Collins in Israel in front of Knesset, Israel's parliament. The trees are part of the Valley of the Cross, so named because according to Christian tradition it was from here that the Romans took the olive tree they used in the crucifixion of Jesus.

In this time of 'dirty politics' God Knows asks some serious questions about fundamentalist politics and about the gullibility of the electorate when seedy far right wing politician with some dirty secrets, Vincent Creed, actually wins through (RNZ)

How jazz improvisation reached new levels of sophistication, tracing the evolution of jazz from its early beginnings in the 1900s through the 1930s and 1940s to the 1950s. NZ School of Music lecturers and music specialists perform the music from and discuss an era of their expertise (3 of 4, RNZ)