Chloe Phillips-Harris is a horse-riding adventurer. Last year she did the gruelling Mongol Derby, and this year she went back for seconds, but this time as a helper. She's also ventured to meet some nomads including rural Mongolian people who ride reindeers. 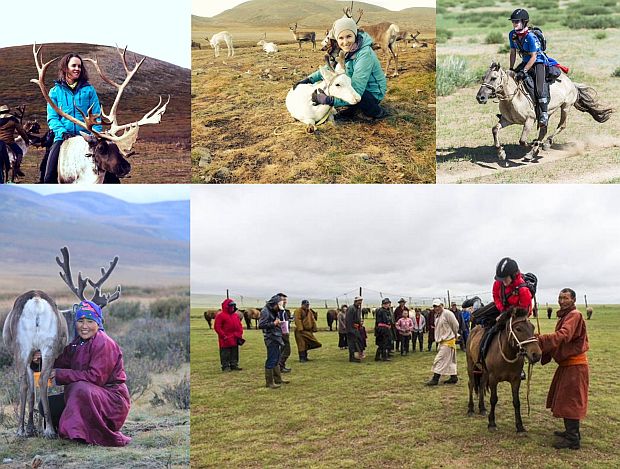 Founding member of Bushtaxi Kate Thomas reporting from Nairobi, Kenya about the west coast nation of Africa, Liberia, pop. 4,128,572 (est. 2011) and the spread of the deadly Ebola virus.

The war between the United States and Vietnam cost over 1 million Vietnamese and 58,000 American lives. It left one country physically devastated and the other socially splintered. It began, President Lyndon Johnson told the world, with an "unprovoked attack" on American ships on the night of August 4, 1964.

What we know today is that the incident that was reported to have taken place in the South China Sea off the coast of Vietnam that night didn't ever happen. Yet three days later it was cited as the justification for the Gulf of Tonkin resolution: it authorised "the President, as Commander in Chief, to take all necessary measures to repel any armed attack against the forces of the United States and to prevent further aggression." The Gulf of Tonkin was the crucial turning point: in 1960 there were 900 American troops in Vietnam; by the end of 1965 there were nearly 200,000. Did President Johnson take his country to war on a lie, or was he misled?

Fifty years on, journalist and historian DD Guttenplan explores these dramatic events through archive recordings and new interviews with the key players, bringing all the evidence together for the first time. A fascinating archive of taped White House phone calls transports us back to that day: we'll listen in on President Johnson as he discusses the situation with Secretary of Defense Robert McNamara and hear the situation unfold through conversations between key military personnel.

Daniel Ellsberg remembers being in the Pentagon receiving reports of the incident on the day, and Jim Stockdale tells us his father's story: he was flying above the USS Maddox when the attack supposedly happened. We'll also hear from journalist Leslie Gelb and historians Frances Fitzgerald and Fred Logevall.

A glorious mix of brand new sounds from all over the world, real conversations with music makers and tales of everyday life as seen from an English garden shed (10 of 13, MCM)