7:10 Our Own Odysseys - The Irish Injury

While exploring the city of Dublin on bike, Judith Doyle's pedal-powered transport unexpectedly got the best of her. 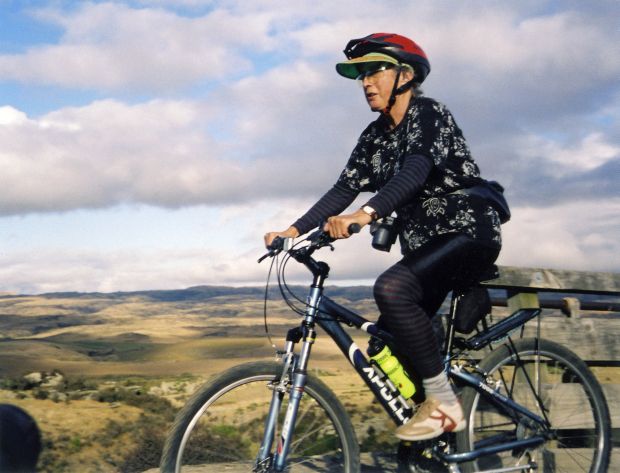 Judith Doyle - On another bike - The Otago Rail Trail

Editor-in-chief of online magazine Estonian World, Silver Tambur reports from the Baltic region of Northern Europe, the Republic of Estonia, pop. 1,315,819 (est. 2014). Who are the Estonians; the Estonian Song and Dance Celebration; and an ambitious plan to create 10 million "e-Estonians" by 2025.

Four TED speakers explore the art of storytelling — and how good stories have the power to transform our perceptions of the world.

2. Tracy Chevalier: How Do You Find a Story in a Painting? When writer Tracy Chevalier looks at paintings, she imagines the stories behind them: How did the painter meet his model? What would explain that look in her eye? She shares the story of Vermeer's most famous painting that inspired her best-selling novel Girl With a Pearl Earring.

3. Chip Kidd: How Do Book Covers Tell Their Own Stories? Chip Kidd doesn't judge a book by its cover; he creates covers that embody the books — and he does it with a wicked sense of humor. Kidd showcases the art and deep thought of his cover designs.

4. Chimamanda Adichie: What Are The Dangers of a Single Story? Our lives, our cultures, are composed of many overlapping stories. Novelist Chimamanda Adichie tells the story of how she found her authentic cultural voice — and warns that if we hear only a single story about another person or country, we risk a critical misunderstanding.

5. Andrew Stanton: What Are The Clues to a Good Story? Filmmaker Andrew Stanton shares what he knows about storytelling — starting at the end and working back to the beginning. Earlier this episode, Stanton shared a story that does exactly that.