7:10 Our Own Odysseys - The Queensland Coast

In 1999, Murray Grimwood and his partner Jennie Upton with their two pre-teen sons Ishmael and Jaryd, took a Seawind 24 catamaran (bought via Trade-a-Boat magazine) and sailed up the Queensland coastline of Australia. 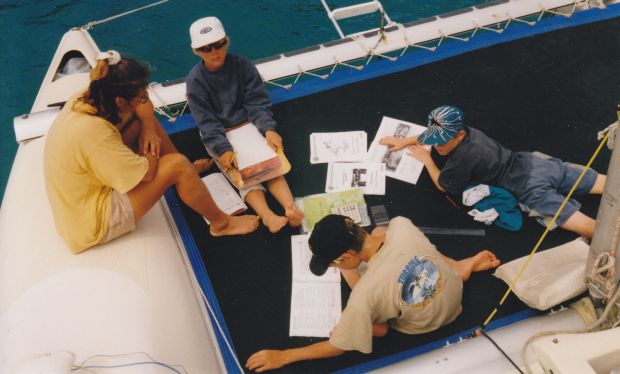 Our correspondent in the second-most populated nation of the world, India, pop. 1,210,193,422 (census. 2011) is Bangalore-based, Shoba Narayan. The world's largest democracy has overwhelmingly elected a new government, the Bharatiya Janata party (BJP) headed by Narendra Modi.

9:06 The Tuesday Feature: The TED Radio Hour - Giving it Away (NPR/TED)

You can give away almost anything – your time, money, food, your ideas. Giving helps define who we are and helps us connect with others. And thanks to the internet and a rise in social consciousness, there’s been a seismic shift not only in what we’re giving, but how. In this hour, stories from TED speakers who are “giving it away” in new and surprising ways, and the things that happen in return.

Firefighter Mark Bezos tells a story of an act of heroism that didn't go as expected, but ended up teaching him an important lesson.

Activist Dan Pallotta calls out the double standard that drives our broken relationship to charities.

And musician Amanda Palmer tells us how she developed a more trusting relationship with her fans by not charging for her music.