Seeing how northern Ugandans are taking life back into their own hands after suffering two decades of war, with photographer Geoff Walker. 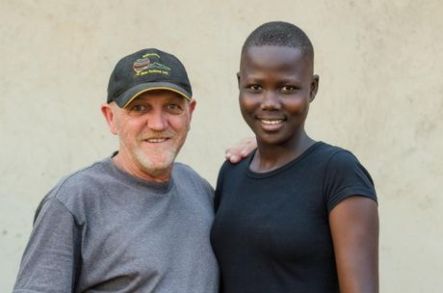 Geoff Walker with his wife to be.

Editor of The International Jerusalem Post and a Jerusalem Post columnist Liat Collins reports from the State of Israel, pop. 7,473,052 (July 2010 est.)... the new finance minister, Yair Lapid, a former journalist appears to be only communicating by facebook; a major banking figure has been given a huge "haircut" on money he owed - causing a consumer backlash among those who are barely allowed an overdraft of 30,000 shekels, not half a billion; and what to do with the 'profit' of huge gas reserves that have been discovered.