7:10 Our Own Odysseys: Eye-Catching Architecture

Diana Ranger has been all over the world and she's been enthralled by the variety of decorations on, and use of plants, with buildings and edifices.

See some pics of the architecture discussed in this interview. 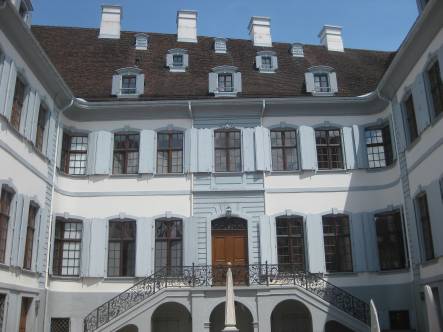 In Basel the gables on the roof of a large mansion are patterned to alternate with chimneys and their own rows and became smaller the higher they were situated.

Editor of Asia Calling Rebecca Henschke from the world's fourth most populous nation with the largest population of Muslims, the Republic of Indonesia... will an online explosion change the country for the better; also the fate of tigers

9:06 The Tuesday Feature: The Promised Land