Reporter Keith Newman tells the story of The Clevedonaires from Clevedon - a harmonious little family folk group from South Auckland which evolved into a progressive rock unit in Australia at the end of the 60s before heading to London where they were groomed for international stardom.

Find out more and listen again. 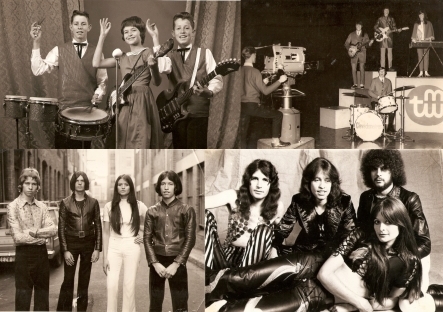 A charity and adventure event, roughly 70 rickshaws leave from Southern India's beach-side town of Kochin, and not-quite 70 rickshaws make it across 4500km of unforgiving terrain over 14 days to arrive in Shillong, the capital of Meghalaya, a hill town in the north eastern part of India. Jonny Eagle and eight other Kiwis in a team called Rickshaw Relief secured three of those rickshaws and have just made it over the finish line.

The answer and the winner's chosen song.

Thomas Goss introduces the many bands of the British progressive rock genre known as The Canterbury Scene, including Soft Machine, Caravan, Hatfield and the North, Gilgamesh, and National Health (Pt 1 of 6, RNZ)