It's Australia Day 2010! Shrimps on the barbie, a New Zealand perspective on living across the ditch...

Analysis of the state of play from recent recreational activities... the African Cup of Nations.

Our correspondent Richard Fleming with some of the younger fans at the African Soccer Cup in Angola. 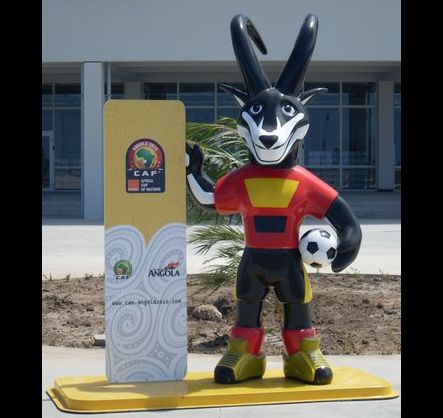 The Mascot for the Tournament is Palanquinha, which was inspired by the Giant Sable Antelope a national symbol of Angola.

9:06 The Tuesday Feature: Smart Talk at the Auckland Museum

Isolation is the theme for scientists Professor George Gibbs and Hamish Campbell in the final of a series of conversations exploring migration from a variety of perspectives - economic, environmental, linguistic, historical, social, and geological. Chaired by Finlay Macdonald (F, RNZ)