In a celebration of music and creativity, Reb Fountain has been announced as the winner of the 2021 Taite Music Prize for her 2020 self-titled album.

RNZ Music’s Nick Bollinger named the album amongst his best for 2020.

You can find his review for the Sampler here. 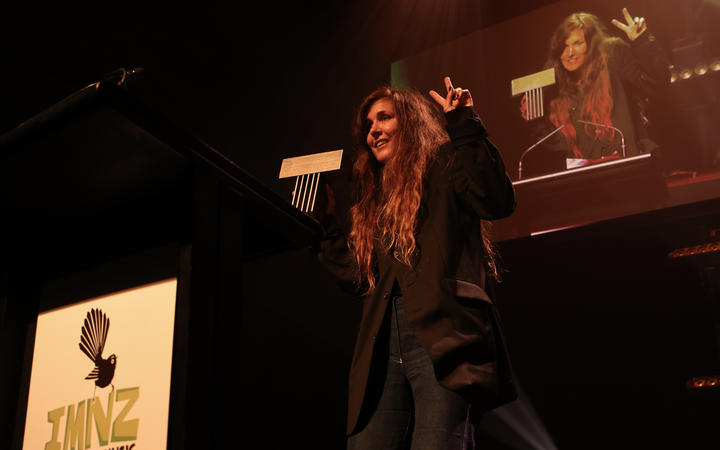 The Award acknowledges one New Zealand record released over 20 years ago on an independent label that has become a quintessential nugget of our musical history. 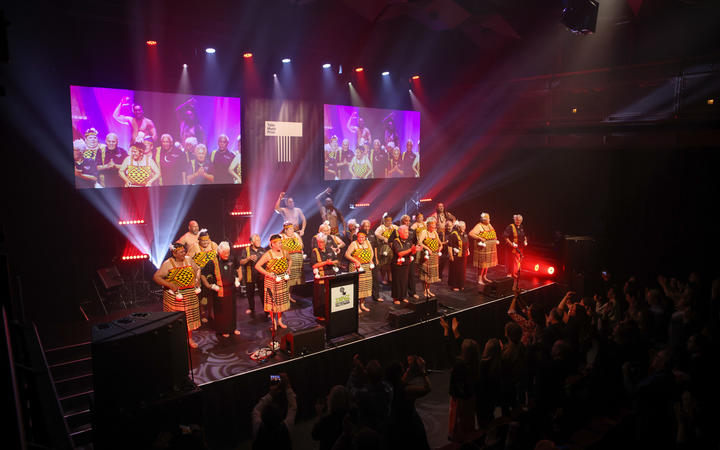 Pete Rainey and Glenn Common of Smokefree Rockquest were awarded The Independent Spirit Award in recognition for their contribution to music through 33 years of working and supporting young musicians to develop their talent, creativity, musicianship, and performance.

Other winners on the night included indie fuzz--pop duo Na Noise who took home the Auckland Live Best Independent Debut Award for their debut album Waiting For You.

Na Noise also performed a cover of Reb Fountain’s “Faster” on the night while Troy King and Patea Māori Club also performed to a packed audience at the Q Theatre in Tāmaki Makaurau.

The evening was hosted by 95bFM's Sarah Thomson, and was attended by 400 industry, media, and artists from around Aotearoa in a celebration of creative works made in Aotearoa.

General Manager Independent Music New Zealand, Dylan Pellett, says "It’s astounding to me that we can celebrate together tonight and show off the talented artists that live and create in Aotearoa. What a privilege to present this event on behalf of our membership and the wider music community. Top work everyone!"