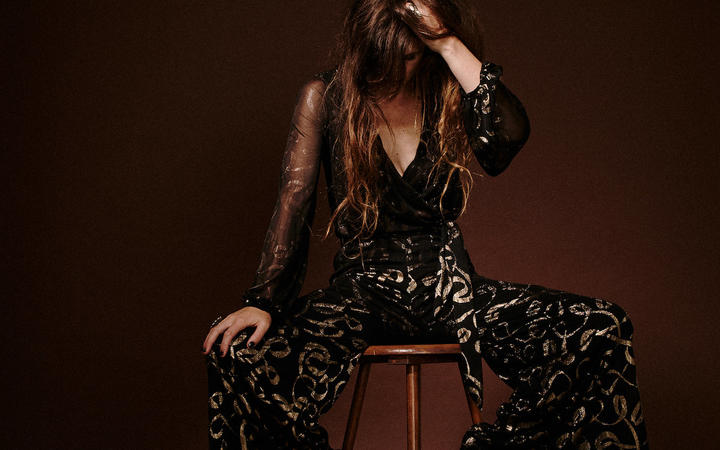 It’s a dark, mysterious music Reb Fountain makes; stark chords framing a voice that can switch from a whisper to a wail, and does at various times during this brooding, slow-burner of an album.

Though this is actually the fourth full-length album the California-born, Auckland-based artist has released in the past decade and a half, it has some of the characteristics of a new beginning. For one thing, she’s simply titled it Reb Fountain, as though she were introducing herself for the first time.

What it’s more like, though, is the testimony of someone who has done some travelling, psychically and geographically, and returned to report on what they have seen.

These songs seem to record a journey where both body and spirit are put to the test. And even if that journey is just to the end of the street, it can feel like the other side of the world.

In ‘Samson’ she forgoes melody in favour of a kind of song-speech, rolling out vivid dreamlike images in hypnotic cascades. But she also has strong melodies, and the song’s spoken passages just build a tension that’s released every time she gets to the chorus, when it almost threatens to becomes a dance track, handclaps and all, before dropping back again to the spareness of just a voice and a bass guitar.

Those acres of space are characteristic of the bold musical choices she’s made throughout the record. There is no fat on these performances. The playing is lean and stealthy.

Fountain’s chief collaborator is producer and instrumentalist Dave Khan. His playing, like his production choices, is measured, and always puts the voice and the song at the centre. Less is often more, like the little guitar figure he maintains as a gentle but persistent pressure right through a high-tension track like ‘Don’t You Know Who I Am’. The song stands as the album’s centrepiece; an intricate lyric that unfolds like a long riddle, and invites comparison to Nick Cave, only Cave is the more limited singer. There has always been a gothic streak in Reb Fountain’s music, even in her earlier, more folk-oriented stuff, and it has never been as dark or dominant as it is here. But occasionally things lighten, and the album’s outlier might be the gorgeous ‘Quiet Like the Rain’; a ballad with some of the melodic qualities of a Neil Finn song.

More in keeping with the overall mood, yet novel in its on way, is ‘When Gods Lie’, in which Reb is joined by Finn Andrews of The Veils. I have to admit, first time I heard his solo verse it felt like an intrusion into the private solitary space Fountain had created here; but by the time the duet of the chorus came around, the weave of the two voices had me won over.

This album finds Reb Fountain streamlining both her songs and her production, and the effect is a sustained intensity. And yet like some of the best music it doesn’t give up all its secrets at once. There are melodies and meanings here that only repeated listenings will unlock. 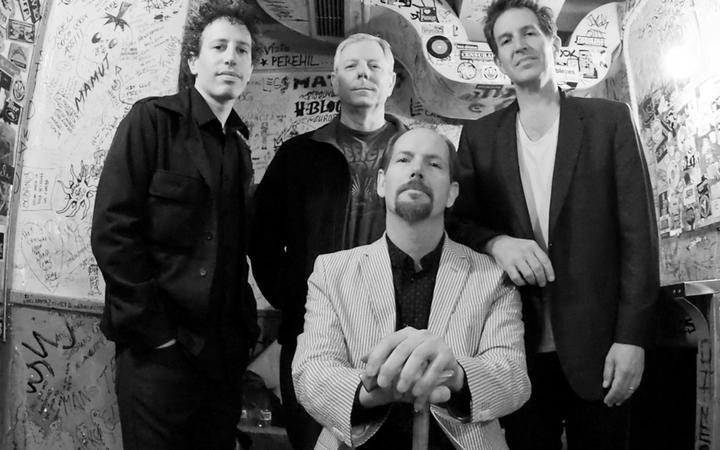 The Universe Inside by The Dream Syndicate

Does anyone remember the Dream Syndicate? They rocked around L.A. in the 80s, as part of what was known then as the Paisley Underground; a loose movement of 60s revivalists that also included the Rain Parade and the Bangles. Their name was borrowed from a 60s collective of New York avant-garde-ists, which must have seemed like ancient history in the 80s. But though the L.A. Dream Syndicate made some smart, dark records, by the end of that decade they had broken up, and it was only in 2017, almost 30 year’s later, that they started recording and performing again. And for two albums they pretty much continued from where they had left off.

But for their new album they have gone off on a bit of a tangent. It’s almost as though this Dream Syndicate have turned into their experimental New York forebears. The track that opens their latest album is a single-chord jam over a motoric beat and it goes on for twenty minutes. At first it’s a playground for the guitars, later they are joined by electric sitar and saxophone, but not a whole lot really happens.

It took me back to the numerous psych-rock jam sessions I witnessed in the early 70s when I was out listening to local bands around Wellington. But it doesn’t exactly venture where no jam band has gone before, and I can’t say there’s a lot that would make me want to hear it repeatedly. The track that follows is more succinct. It’s in the same key, though, as though the psychedelic workout of the previous twenty minutes had finally coalesced into song.

There are just five long tracks on this album and all in this mode of dreamy, dribbly psychedelia. By the end, the music has become even more impressionistic and abstract and Steve Wynn has turned into a below-average beat poet.

Contrary to its title, rather than find the universe inside these meandering tracks, too much of it just seems to me like empty space. The Dream Syndicate have done some great stuff in the past, and may do great things again. But in the meantime, when I want cerebral space jams I’ll recall the ones I used to hear way back when.

The new Ron Sexsmith record starts with a song that looks ahead, to new beginnings. Called ‘Spring of the Following Year’ it’s a lovely song; a generous, unashamedly romantic sentiment with an equally romantic melody to match. And that touch of vulnerability in his voice - as though he’s clinging to the notes like dreams that might evaporate on waking - helps to make it so affecting, or to put it another way, saves the whole thing from turning to mush. And there’s more of this delicately poised popcraft where that came from.

It’s typical that, in another song, Ron Sexsmith finds romance in a ceiling covered in glow-in-the-dark-stars, rather than an actual night sky. ‘A universe unfolding above a humble bed’ is the kind of modest epiphany that characterises his songs, and he has been writing them for a long time now. His first major label release came out in 1995 and he had been performing and putting out records in his native Canada for a decade before that. You could say they are a timeless, though they also evoke a particular period in time, somewhere between the late 60s and mid-70s, when the first generation of songwriters weaned on the mellower side of McCartney were coming into their own; people like Gilbert O’Sullivan and Emmitt Rhodes. But in his jauntier moments - and jauntiness with Sexsmith is relative - he can sound more like Ray Davies.

On the other hand, ‘Whatever Shape Your Heart Is In’ is firmly out of the McCartney basket, though the sentiment is even older. I hear the message as essentially the same one Charlie Chaplin offered in his immortal song ‘Smile’.

Such unapologetic romanticism: you’ll either run a mile or give in to it. Not all of the songs are quite as special as the ones I’ve singled out here, and when he ‘rocks’ it is not the same as when the Kinks or Beatles rock, but rather taps a vein of slightly bland mid-70s radio, complete with period guitar sounds.

Mostly, though, it’s a surprisingly lovely set, on which Sexsmith plays almost everything, except the drums. You get the feeling he could have made this record and not even noticed a lockdown.