Born and raised in Iran, CHAII came to New Zealand as an 8-year-old. She learned to speak English by rapping to Eminiem.

With lyrics in both English and Farsi, CHAII wrote it to shine a positive light on the Middle East.

“Hatred comes from misinformation … the only way you can beat it is through positivity, through showing and educating,” CHAII told RNZ Music at the time.

CHAII has continued to build a name for herself, popping up in some high-profile places.

The UFC and Fox Sports Australia commissioned her for a promo that aired during the NRL Grand Final to nearly two million viewers; fashion brand FENDI used her music in a global campaign; she was the first-ever Kiwi artist to feature on Spotify’s emerging artist platform RADAR, which launched the careers of King Princess, Jorja Smith and more; and her music is on the soundtrack of Charlize Theron’s new film The Old Guard, which comes out on Netflix today.

Today she releases her new visual EP Lightswitch, which includes six tracks, all with stunning videos produced and directed by CHAII herself.

The revolution forced countless creative talents, including musicians, actors and artists, to leave Iran and relocate to California after their work was banned in their homeland.

The videos for EP’s first three singles –‘South’, ‘Digebasse’ and ‘Trouble’ – were shot in the Middle East and capture the spirit of CHAII’s early childhood memories. 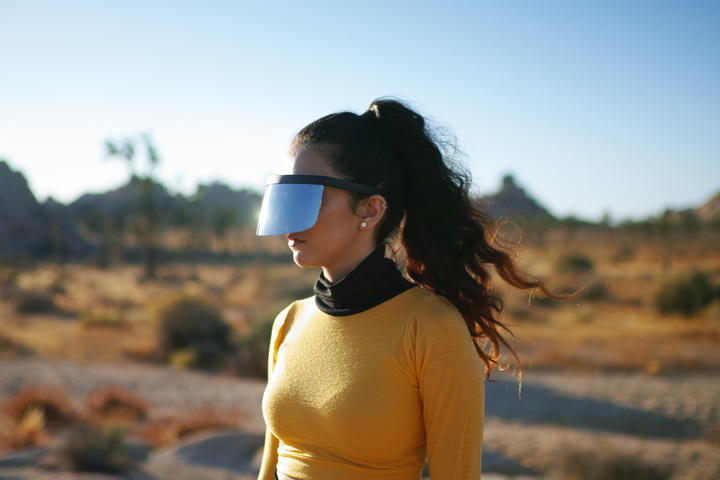 The newly-released vids for ‘Lightswitch’, ‘Nobody Know’ and ‘Middle Ground’ were shot in California, which remains home to the largest Persian music community outside of Iran, and “felt like the perfect place with the right mood for this project,” CHAII says.

“I am part of the new generation of Iranian immigrants who are creating music outside of Iran,” CHAII says, “Coming from New Zealand, where there’s a very small Persian community that you barely see or hear from, it was a revelation to experience the perfect blend of Western and Persian influences when I first visited LA to see family”.