Relatively unknown outside of New Zealand, Scott Mannion won the hearts of critics here with his duo The Tokey Tones, and their simultaneous 2003 releases Caterpillar and Butterfly. 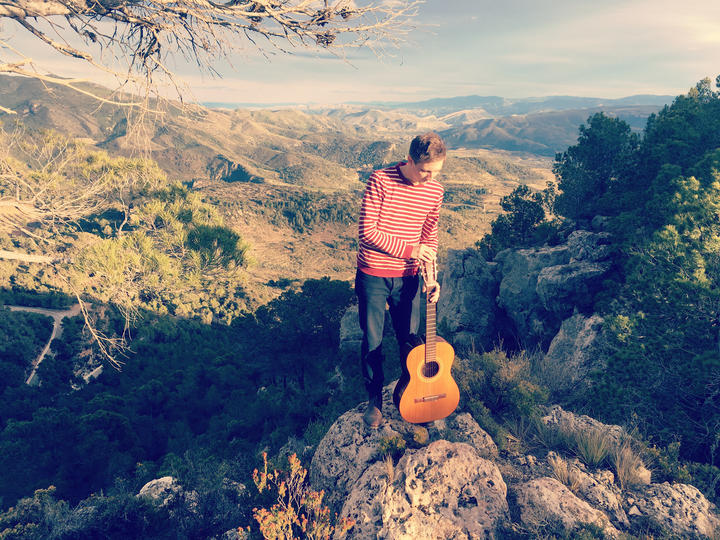 New York painter Emily Zuch created the video, including the animations and the mask worn by its protagonist. Emily was responsible for creating the masks and puppets for Scott’s previous videos ‘You Are the Substance That I Can't Live Without’ and ‘Not Exactly Deep’.

Emily is a Fulbright recipient who went on to paint puppets in Germany for a few years. She studied at New York Studio School with Scott's partner Julie and now all of them live in the same small Spanish town of Chelva.

Scott continues to make music in his home studio while working full-time as a web designer. He's been working from home, due to Spain being one of the countries worst hit by Covid-19.