It’s been 16 years since Scott Mannion released music with his duo The Tokey Tones. Now the Lil' Chief co-founder is back with his first ever solo album, Loving Echoes. RNZ Music is stoked to the first to share his video for single ‘You Are the Substance That I Can't Live Without...’

We spoke to Mannion about why it's taken so long.

At the dawn of the 21st century, there was a band called The Tokey Tones, an Auckland collective formed around the nucleus of Scott Mannion and keyboard player Li Ming Hu.

Together they devised songs that were delightfully whimsical, all soft naive vocals, delicate xylophone, jangle, analogue synths and tambourine. Sparklehorse was an obvious influence, and the arrangements had Brian Wilson-sized ambition.

But then, there was silence. Mannion says he just got busy.

Some of the songs were written before the end of our relationship, but about the decline. That was completely devastating.

He, along with Jonathan Bree of The Brunettes and fellow musician Gareth Shute, had set up Lil’ Chief Records. It really built a scene: The Brunettes got international attention, touring with U.S. indie band The Shins, and over the next few years, the label released music by Lawrence Arabia, The Ruby Suns, Shaft, and Ed Cake.

Mannion never stopped recording music, but he’s a perfectionist and an introvert - nothing was ever quite good enough to share with the world.

But now, finally, sixteen years since the Tokey Tones, comes Mannion’s solo debut album Loving Echoes. It’s not the album he’d have made sixteen years ago, but there’s a definite family resemblance.

His Lil’ Chief brothers Ryan McPhun of the Ruby Suns, Lawrence Arabia and Jonathan Bree have all had a hand in shaping these songs, and there’s still layers of twinkling synths and xylophone, crooning oohs and aahs, and a clutch of strings.

But now Mannion has experiences he needs to purge, tales of love and heartbreak. 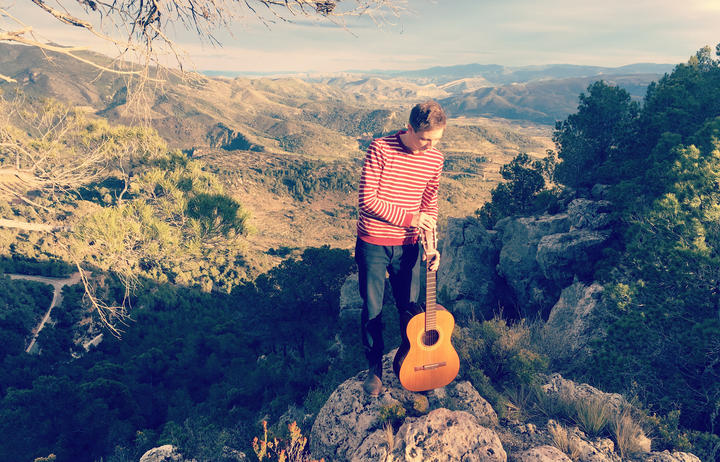 He left New Zealand on New Years Eve 2008 with his partner at the time. They stopped by Japan, where she was from, and settled in Wales, which was miserable. The weather and the cost of living eventually led them to Spain, to an idyllic-sounding small town called Chelva (pop. 1,498).

“It’s very Mediterranean, dry, it’s surrounded by olive trees, almond trees, it’s close to Valencia which is famous for its oranges, so there are a lot of orange groves.

"It’s a medieval village, which doesn’t have a lot of ex-pats there. On the Spanish coast, you have hundreds of thousands of British people, but in this village, there’s just a handful. I was the first native English speaker there.”

A Dutch sound-artist couple were offering a residency in a four-story house. Rent was cheap, and old analogue synths came with the package.

“It was a loose residency. They were renting out a couple of houses, and they just wanted artists to be there. And if someone came to work there, they wanted them to leave a piece behind.” 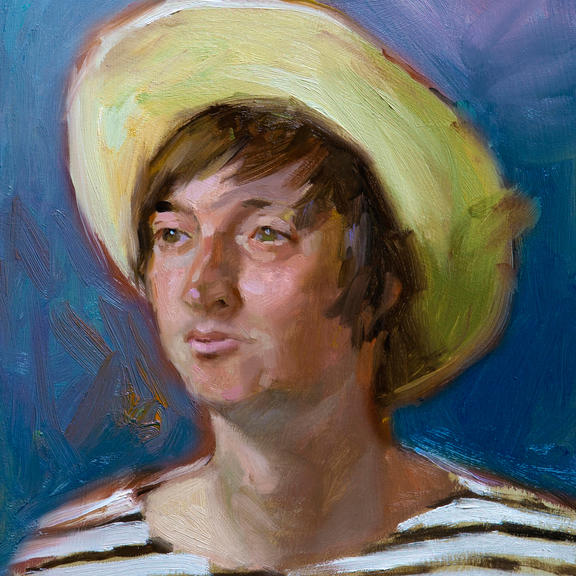 Mannion left himself there. His nine-year relationship fell apart, and that’s chronicled in Loving Echoes.

“Some of the songs were written before the end, but about the decline. That was completely devastating.

"It was very isolating being in that town, at that time, dealing with that, and I was on the verge of coming back to New Zealand, but on the other hand it was incredible for writing.

"Just being there, and being able to really… go into it was also healing.”

Ah, heartbreak, the songwriter's greatest muse of all.

But he also found a new love, with Greek-American artist Julie Karpodines, who also moved to Chelva for the residency. So, the beginning of the record is all about the beginning of a relationship.

It’s a brave move, for someone so shy, to bare all lyrically, and it’s not something he did with The Tokey Tones.

“I mean, there might be the odd line, which meant something more to me, but it was generally quite fantastical, just whatever came to me.

“So it’s really different for me to be writing in this way, but I feel good about it, being honest. And there are certain things that have happened to me that I can’t really tell people directly, but I can put it in a song.”

Mannion and his fiancee have bought a run down 300-year-old house in Chelva, which they’re slowly DIY renovating, the test of any solid relationship. Spain works as a European base for Lil Chief Records, and the cost of living is still a lot cheaper than Auckland, so for now, he has no plans to return home, to live, at least.