WATCH: Auckland teen Jawsh 685 is #1 on the iTunes chart

Jawsh 685 is 17-year-old musician and producer Joshua Stylah from Auckland's Manurewa. You've probably heard his island-infused dance track ‘Laxed (Siren Beat)’, even though you might not know it. 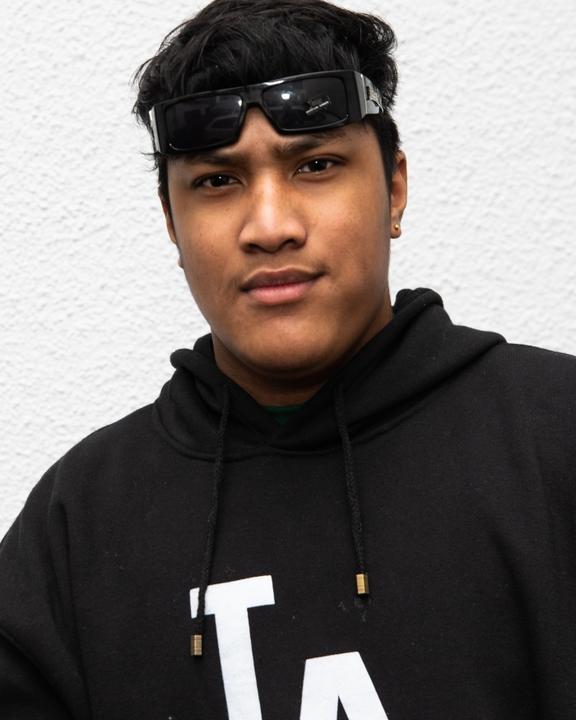 The track's been used in over 30 million TikTok creations in just a few weeks. Celebrities such as Lizzo, Jimmy Fallon and Jessica Alba have all posted their own take on the dance challenge that features the track.

And pop superstar Jason Derulo used the beat on his worldwide smash 'Savage Love', which is currently at the top of the global iTunes chart.

Manurewa High student Jawsh says he only started making music on his computer in February last year, and his chart-topping tune was made in his tiny bedroom.

"I loved it. I loved making it. I made it for people to blast it on sirens and have fun. I've never owned a siren myself."

'Sirens' are the loudspeakers that young music fans wire up to their bikes, before taking to the street and battling to be the loudest.

Initially Jawsh didn't think his music was good enough but just kept at it. His advice: "If you want to do it, just do it."

'Laxed (Siren Beat)' has now had more than 31 million views on YouTube.

American pop superstar Jason Derulo initially got in touch with Joshua through his direct messages.

"I was boxing at the time, I was training outside. I picked up my phone, ran inside, dried up and started talking to him. I was like 'Oh my, is it? Oh my'."

The pair had a few conversations about Derulo using his tune, but it didn't lead anywhere. Eventually Joshua's new management team took over.

The two haven't spoken since the song took off, but Jawsh says, "We're on good terms."

Jawsh says his mum's proud of him and his siblings are more excited than him about the tune, but personally he's surprised the track's gone so big.

"I never thought I would do radio station interviews," he says.

"When it started getting bigger I didn't think much of it other than it's big and cool. But then we started having teams wanting to sign me up ... There were heaps of people messaging all at once ... like [recrod] labels.

"I thought they just wanted to say 'congratulations' and I was going to say 'thank you'," but the conversations always went further, leaving him confused.

Initially he left negotiations up to his mum because "[he] didn't know what [he] was doing," but now he's with a management company.

"It's like a dream. I never saw this coming. I was just doing my usual thing - school, come home, make beats ... and now I'm taking interviews."

Jawsh began playing the guitar in 2008, then moved to the piano and eventually the "digital side of things".

He grew up in South Auckland and is of Samoan-Cook Island descent.

"I haven't been to the islands, I haven't even left New Zealand yet. I've only been to Wellington."

Jawsh thought his music would be big in the islands, like Brisbane-based YouTube star DJ Noiz, because it has "Polynesian vibes" including heavy use of a sax sound.

His plan for this year includes finishing school and "looking forward to ball because it is going to be my first and my last probably".

He hopes to turn his passion for music into a career.