We’re stoked to be the first to share the new song and video from psych-pop group Glass Vaults. ‘Oils and Perfume’ is the first single from the band’s new album Sounds That Sound Like Music, due out later this year.

The song’s video was inspired by 90’s dance floor hit ‘The Macarena’, as well as the band’s growing fascination with current dance phenomena seen on platforms such as TikTok and Fortnite.

Richard and Bevan from Glass Vaults both work with children and had become super interested in how these platforms had captured a generation of DIY dancers.

When New Zealand went into level 4 lockdown due to Covid-19, Rowan from Glass Vaults mobilised some of his dancer friends and colleagues to bring ‘Oils and Perfume’ to life visually.

“We hope this song and the dance bring some joy while we are all in lock-down,” the band say, “Wishing you a peaceful rāhui and we’ll see you on TikTok.”

we go walk down to the ground. shout it out and shake it down. uptown get around. we can be your party if you want. ##oilsandperfume ##glassvaults

Glass Vaults formed in Wellington in 2010 and have since released a string of critically acclaimed  records.

The core of Glass Vaults is Richard Larsen, Bevan Smith and Rowan Pierce. Although the band has its roots in Wellington, its members are now spread out between Auckland, Wellington, and Christchurch.

2020 will see the release of Glass Vaults' third LP Sounds That Sound Like Music, which they promise will push deeper into the realms of avant-garde pop-funk.

‘Oils and Perfume’ was written by Richard Larsen, Bevan Smith and Rowan Pierce and was made with help from Tom Callwood (Phoenix Foundation), Charlotte Forrester (Womb) and Cory Champion (Borrowed C.S). 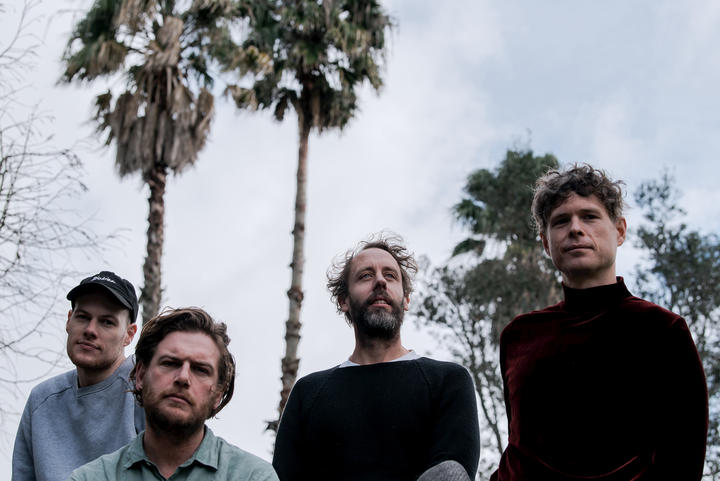