The New Happy by Glass Vaults

There are records that sound like they started out as some cool sounds, around which songs have been constructed almost as an afterthought.

But here’s an album that could be the opposite; a band that has started out with some well-written songs, then taken time to find the coolest sonic treatments for putting those songs across. 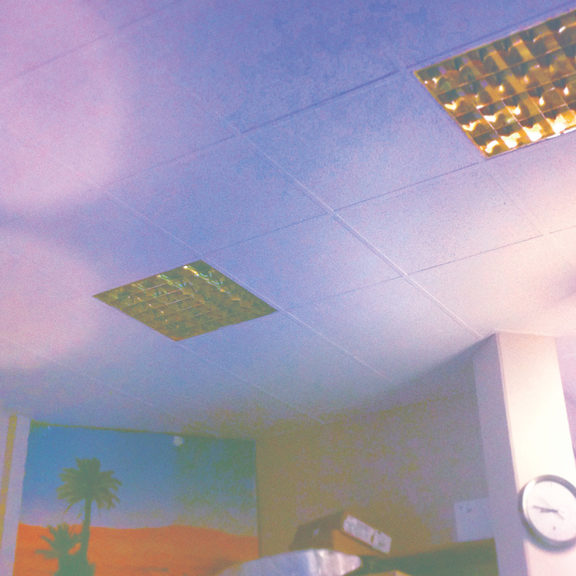 On the opening track, ‘Mindreader’, synth bass skates like a dusty stylus across a worn piece of vinyl, the keyboard might be a Casiotone pulled out of a toy cupboard, while the rhythm guitar sounds like it escaped from an old Hues Corporation record. It’s mischievously poppy and cheerfully upbeat. Yet the sounds are really the icing on a song that already has all its melodic and lyrical ingredients in place, from those simple hooky verses to the even hookier chorus.

Glass Vaults are centred on songwriter-musicians Richard Larsen, Rowan Pierce and Bevan Smith, though you’ll hear the important contributions of a number of other musicians here too, particularly the drumming of Hikurangi Schaverien-Kaa. The core band have been working together since around the turn of the decade, with individual histories going back even further. Smith, in particular, has made music in numerous guises over the years, often with an ambient/electronic leaning. You can hear his ambient architecture in the arrangements, and the dense yet deliberate mixes.

Glass Vaults are an alternative band who aren’t afraid to admit or indulge their love of pop. Their songwriting shows an immersion in it, with strong melodies and nostalgic verses that can give way to joyously wordless choruses.

As the album unfolds, the tracks start to stretch out more, and you’ll find studio polish happily coexisting with a live looseness. In the title tune, fuzzily warm keyboards lend an 80s soul vibe and a wonderfully wobbly guitar weaves wandering improvisations around the melody.

The New Happy is an apt title for an album that seems to go out of its way to give its audience something to smile about. And it’s not just that Glass Vaults have written a bunch of generously melodic songs, full of good rhymes, fun rhythms and warm colourful sounds. It seems they have actually been quite scientific about creating a euphoric experience for the listener. Smith oversaw the mixing – a task that took him upward of a thousand hours, though the basic tracks were all recorded in just three days. And according to a sleeve note, he took his cues from ‘Autonomous Sensory Meridian Response’ – a term coined for a distinct static-like tingling sensation, that starts in the scalp and travels down the neck and spine, and can be triggered by specific stimuli, such as music.

There may be those who debate the term, others who might find the notion baffling or even pretentious. Yet there’s nothing baffling or pretentious about this sonically subtle and thoroughly enjoyable pop record. And listening to The New Happy I can honestly say there was more than one occasion when I felt my skin tingle.

The New Happy is available on Melodic.