RNZ Music is proud to present the brand new single and video ‘Guilty Talk’ from the duo behind the giant pair of lips on legs, Stephanie Brown and Fen Ikner, who are working on their long-awaited full length debut.

Mixed by Kody Neilson (Mint Chicks, Silicon) ‘Guilty Talk’ is somewhat of a comeback track by Lips, whose sound could be described as Prince meets The Pixies.

They’re best known in music circles for the Silver Scroll-winning song ‘Everything to me’, but have spent much of the past five years scoring,  playing and producing music for the stage show Daffodils and its film adaptation.

“'Guilty Talk' is a song about challenging learned assumptions; things you’ve grown up believing just because once upon a time somebody told you that they were so,” Steph says. 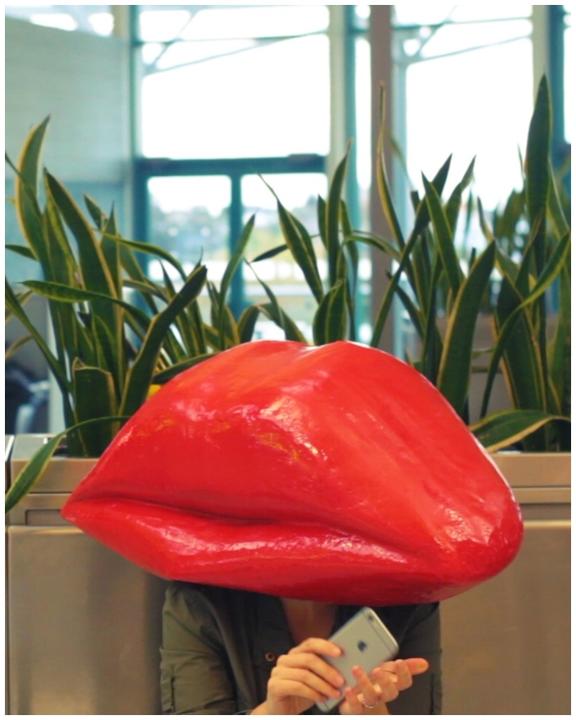 The video was directed by Maria-Ines Manchego and made entirely on Super 8 film. Shot “guerilla style” on the streets of Tokyo, it features two dancers: Masa and Fuka, a couple in real life, from a dance studio called Tokyo Buza.

Characterised by a giant pair of lips on legs, Lips is a NZ duo made up of award winning songwriter Stephanie Brown and producer/multi-instrumentalist Fen Ikner.

Lips was formed by Steph in 2010 in NYC, where she was living and playing with blues-inspired band Fredericks Brown, who shared the stage with Cyndi Lauper, Patti Smith and Etta James among others.

In need of a solo outlet, she started making her own version of lo-fi Casio pop, performing in small Brooklyn venues with her keyboard, playing the drum beats from a Discman. In 2010 she released her first EP, Lips Songs.

Steph released ‘Everything to me’ in 2012, an indie, RnB-inspired track which Influential music blogger Anthony Fantano said on The Needle Drop “Lips' music gains the sonic weight necessary to make a serious impact.”

The song went on to win the Silver Scroll, New Zealand’s most prestigious songwriting award.

The second Lips EP Look, Listen soon followed, and it was around this time that gifted multi-instrumentalist Fen Ikner (Calexico, Giant Sand) arrived in NYC.

On his first night in the city, his band Seashell Radio was on the same bill as Lips. Drumming, singing, and triggering samples, he had the skills that Steph needed and she convinced him to join the band.

After releasing their 2013 EP Ghosts and Demons the pair returned to NZ to create Daffodils.

Now the focus is back on Lips’ original music with the release of stand-alone single ‘Guilty Talk’ (mixed by Kody Neilson) and the promise of the long-anticipated debut full length album, slated for release in April 2020.