Three of Aotearoa’s most formative musical figures – Ruru Karaitiana, Pixie Williams, and Jim Carter – will be inducted into the New Zealand Music Hall of Fame at the Silver Scroll songwriting awards in October.

In 1947 the trio made history with ‘Blue Smoke’, the first song written and recorded by New Zealanders to be manufactured in New Zealand and released on a New Zealand label.

The NZ Music Hall of Fame recognises the significant contribution Karaitiana, Williams, and Carter made, starting 70 years ago with ‘Blue Smoke’, but also throughout their lives with many more songs.

The story behind ‘Blue Smoke’ is filled with happy coincidences, but also incredible tenacity.

Read about the song’s history at Audioculture.co.nz

The trio were humble artists who never sought the limelight, and remained surprised by the success of ‘Blue Smoke’. 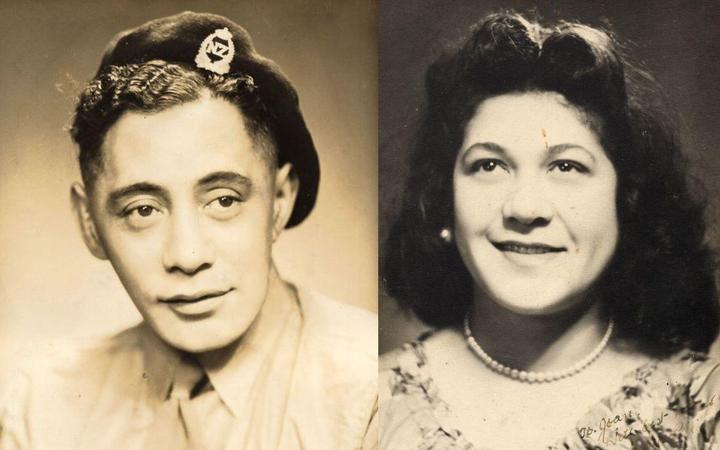 Jim Carter turned 100 in March this year, and lives in Nelson. Lap steel, guitar, and music have remained a key part of his life, including a beautiful new recording of ‘Blue Smoke’ he did with Neil Finn for Anzac Day in 2015.

While Karaitiana and Williams have passed on, their respective children Ruma Karaitiana, and Amelia Costello will be accepting the awards on their behalf.

Ruru Karaitiana, Pixie Williams, and Jim Carter will be inducted into the NZ Music Hall of Fame at the Silver Scroll songwriting awards at Auckland’s Spark Arena on Wednesday 2nd October.

Find out more about the Silver Scrolls here.

The New Zealand Music Hall of Fame was created in 2007 by APRA AMCOS and Recorded Music NZ, and has paid tribute to many iconic and groundbreaking Kiwi artists and acts, including The Topp Twins, Shihad, Hello Sailor, Herbs, Moana Maniapoto, Supergroove, Bic Runga, Jenny Morris, and Upper Hutt Posse.