Mystify: Michael Hutchence, a tragic and intimate film on the INXS frontman

A new documentary Mystify: Michael Hutchence, currently showing at the NZ International Film Festival, seeks to reveal the truth about the late INXS singer. Director Richard Lowenstein speaks to RNZ Music about Hutchence and what it's like to make a film about a lost friend. 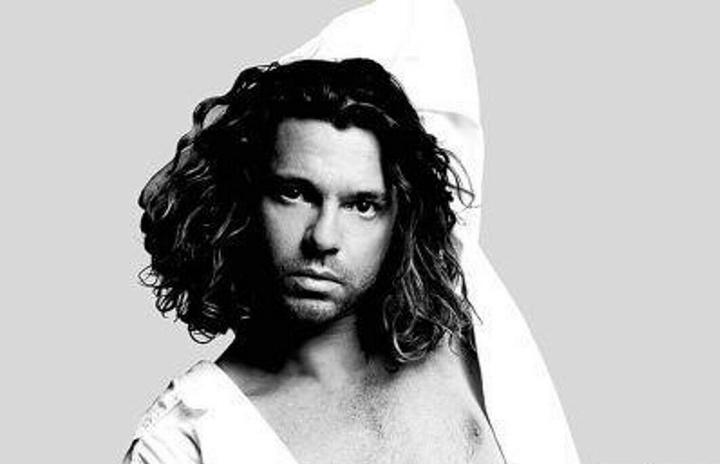 When talking about Michael Hutchence, It’s hard to separate the facts from the tabloid rumour.

The late INXS singer’s life was colourful and somewhat dramatic, which in the 1990s made for great tabloid fodder. His death in a Sydney hotel room in 1997 was no exception and rumours and speculation have swirled ever since.

Director Richard Lowenstein’s film Mystify: Michael Hutchence, is not interested in the rumours. For Lowenstein, the truth is enough of a story. He describes it as an “extraordinary sort of Greek tragedy”.

Lowenstein and Hutchence were close friends for years, and he wanted to make a film about the man behind the media story. The man he, and those close to him, knew.

“It was therapy for a lot of us, including a lot of the people in the film ... talking for the first time about the person they actually knew rather than what they'd seen in the media,” Lowenstein says.

It was sort of like this incredible windfall of footage. All his friends and ex girlfriends dug through their archives, and their footage, including Kylie Minogue’s, started to match the intimacy of my footage.

Made up primarily of outtakes from Lowenstein’s various projects with Hutchence, as well as Hutchence’s own 16mm home movies, the film also includes footage from the personal archives of the people closest to him.

“It was sort of like this incredible windfall of footage. All his friends and ex-girlfriends and everything dug through their archives, and their footage, including Kylie Minogue’s, started to match the intimacy of my footage.”

And it was the intimacy of that footage that revealed more about Hutchence to his old mate. Because, whilst the two were close they were still, after all, Australian men of their time.

“Australian males, they have a very sort of stoic and uncomfortable way of relating to each other. He would take me to a party, and I would take him to a film shoot and it was all very, you know, heightened.

"Very rarely, would we actually sit down and sort of connect. And that's why I focus the film on the girlfriends because they're the ones that did wake up with him and saw him in his ups and downs.”

In Mystify we hear from the women in Hutchence’s life, including former girlfriends Helena Christensen and Michele Bennett, as well as his sister Tina Hutchence and his personal manager Martha Troup. 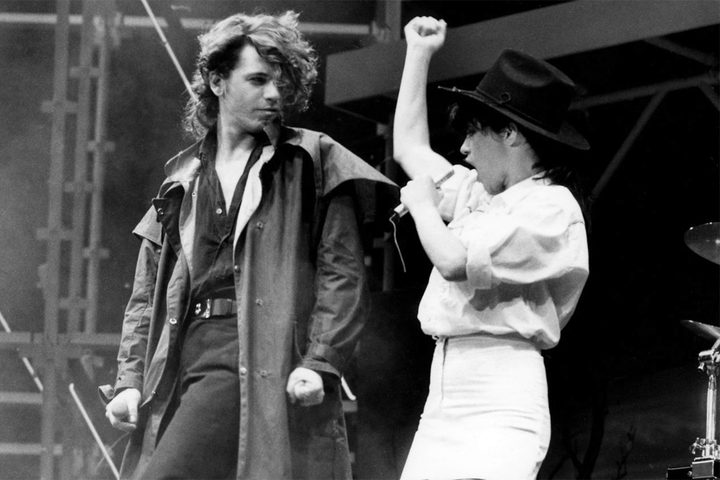 Central to the Michael Hutchence story is the music he made with INXS, which Lowenstein was permitted to use by Hutchence's daughter Tiger Lily.

The film’s score was composed and performed by Bad Seeds and Dirty Three member Warren Ellis, with “a lot of Nick Cave on piano”.

The story that's emerged over the many years Lowenstein has been working on the film seems at times like a meticulously planned Hollywood tale rather than real life.

“You see all the different sort of twists and turns it takes, especially with Michael’s loss of taste and smell at the peak of his powers and how that knocked him off his path in a way. It was quite an extraordinary tale.”

Hutchence was attacked on the street in Copenhagen in 1992 and hit his head on the curb. He suffered what is now known to be a traumatic brain injury that erased his sense of smell and taste and led to bouts of depression.

When he came to in hospital Hutchence was aggressive and angry, behaviour the hospital staff mistook to be the result of drugs or alcohol.

“They all stood back and said, 'Famous rock star on drugs,' and let him go, let him check himself out,” Lowenstein says.

“It's one of the most tragic parts of the story. That night and the aftermath.”

“No one really knew the level of repercussions of that attack. And he was hiding a certain aspect of what happened to him. He told all his friends about the taste and smell, but he had damage to his frontal cortex and his two frontal lobes.”

Reliving the trauma of what happened to his friend and revisiting the sadness caused by his loss has been a painful process for Lowenstein. Now the film's out, he finds watching it with an audience particularly difficult.

“It's fine in the waking hours, but my dreams have been quite strange and sometimes quite disturbed, and yeah, I've made a conscious effort to say, ‘Okay, I introduce the film, and then I leave, and I come back at the end’. And that seems to be helping a bit.”