Rising Kiwi pop sensation Benee couldn’t have appeared more at ease in front of a sold-out Powerstation last night. Waveney Russ was there. 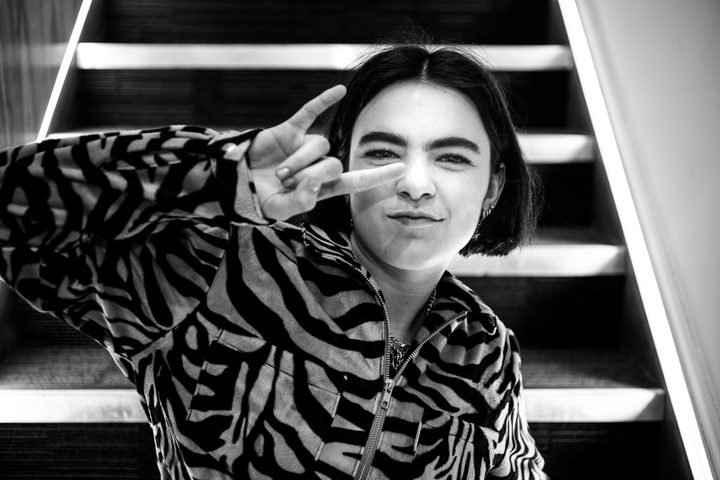 Benee is celebrating the release of her debut EP Fire on Marzz, which came out just hours ago. The all-ages crowd seems to have already memorised the lyrics.

The 19-year-old Auckland native kicks off the night with slow-tempo fan favourite ‘Tough Guy’, then the dreamy ‘Wishful Thinking’, both pensive tunes about love and vulnerability.

It’s clear we’re in the age of the relatable pop star.

We want to hear young people venting about young people problems, and Benee’s music is as hyper-relatable as it gets.

“Yeah baby, I see you dancing!” she yells into the crowd, moving her body in languid motion with limp, hanging wrists.

She stomps, shuffles and strides her way between her band members (an impeccable four-piece), singing in a sonorous voice that contains much more soul than her years suggest. 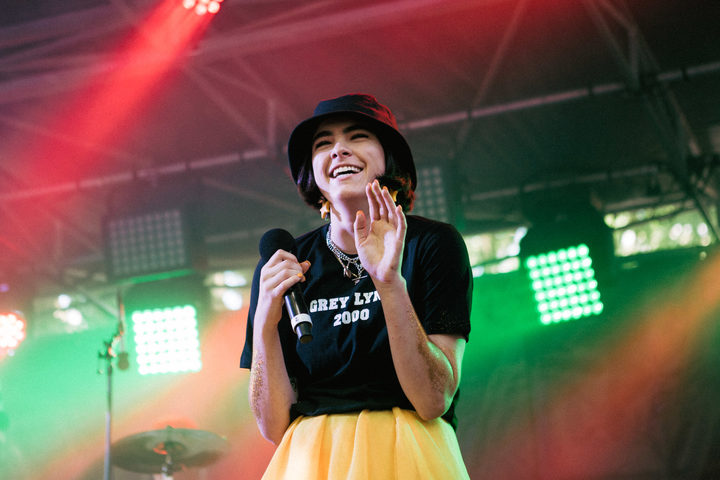 Benee tells us the meaning behind most of the new tracks before she performs them.

‘Glitter’, a work of pure dancefloor escapism, is about ending up at K Road’s famous Family Bar after a night out and being drenched by a glitter bomb.

‘Monster’ reveals that she recently moved out of her parent’s home - not to another house, but to the family sleepout in the backyard, where she was so terrified that someone might abduct her, she had her mum sleep with her for a week until the fear subsided.

Benee contrasts the freedoms experienced in your first big nights out as a fresh 18-year-old, with trying to work out who you are as you ease into adulthood.

She packages this contrast up into upbeat, synth-licked pop music that delves into the dark corners of the adolescent brain while delivering youth-fuelled optimism with total transparency.

On stage, it’s like she’s literally rolled down the hill from her home suburb of Grey Lynn, sporting a baggy blue shirt adorned with a leopard’s face and some equally loose-fitting low-rise jeans.

Her apparel, which she says contributes to a “higher artwork”, is reminiscent of American teen pop phenomenon Billie Eilish.

There are similarities in their music too - many of Benee’s new tracks include darker lyrics, masked by carefree pop sensibilities. In ‘Afterlife’, she sings, “A hooded man will be waiting / To kill me right where I began,” a macabre reference to a dream she had.

She describes the track as a “diss track to the bitch who killed me in my dream”, further enforcing the take-no-shit attitude of the current generation of alt-pop women.

Benee's ascendency has been fast. This year, within a couple of months, she went from playing her first club gig to sharing the stage with legendary British singer Lily Allen. 2018’s ‘Soaked’ came seemingly out of nowhere, then went on to be streamed over 20 million times.

It’s difficult to resist the temptation to see her as New Zealand’s very own pop visionary - a homegrown member of pop’s next generation of masterminds. The type that bypass songwriting camps and super-producers, uploading their own music to SoundCloud and reaching millions. A movement Billie Eilish is currently spearheading. 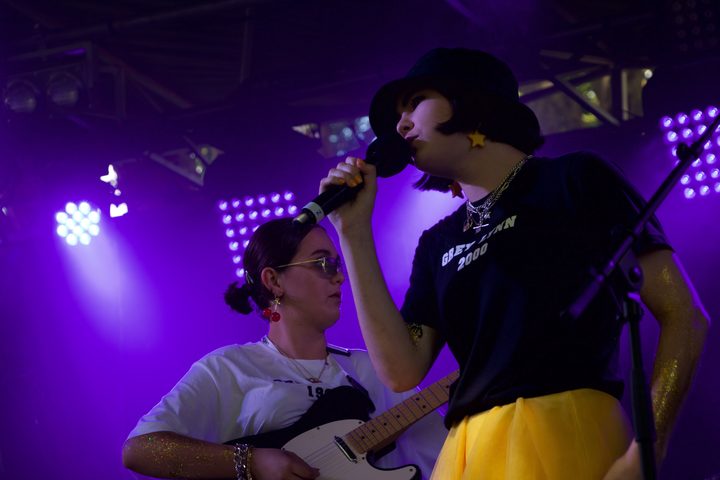 She dedicates the song to “all the snakes out there”, referring to those who spread secrets behind people’s backs. The audience shrieks in agreement - it seems like everyone’s had a run-in with a snake.

Benee comfortably throws around banter, often kneeling down to the front row. She draws her vowels out intentionally, speaking in an exaggerated Kiwi drawl, while occasionally switching to a faux British accent for a bit of fun.

“It’s time to be happy peaches!” she chimes, before cracking into breakout hit ‘Soaked’ – a slick, funk-fuelled sensation, drenched in RnB.

With the audience so invested in her new music, it’s easy to forget that Benee has sold out the Powerstation mainly on the success of this one song.

Benee seems to genuinely love performing and loves performing this mega-hit in particular, and tonight is no exception. She swaggers across the stage accompanied by gawky, angular dance moves, and she’s every bit filled with confidence.

Benee is the laid-back, quirky girl you’d want to be friends with in high school. She sings songs like ‘Evil Spider’ about naming a spider ‘George’, before watching it procreate then die. It’s a bit different, a bit dark, but it’s still got the ebullient, sun-kissed hooks that keep Benee’s take on indie-pop so accessible.

Benee’s strength lies in her embracing the fact she’s the product of an online generation saturated in an infinite pop cultural morass. Her undeniable pedigree will ensure her rise in popularity (and relatability) in the months to come.

Above all, I’m reminded of a tweet by @CatZhang1 that reads, “Lorde walked so Billie Eilish could also walk.”

The darker, phantasmic path that alternative female pop stars are choosing, is becoming well worn, and judging from her performance tonight, it would seem that Billie Eilish is walking so Benee can also walk.