How cancer brought New Zealand’s favourite metal band back together

Wellington’s Beastwars is perhaps New Zealand’s best-loved metal band, so when they broke up in 2016, fans were gutted. Worse news was to follow – a year later, the band’s frontman Matt Hyde was diagnosed with cancer. He tells RNZ Music’s Kirsten Johnstone how his fight back from illness reunited the band. 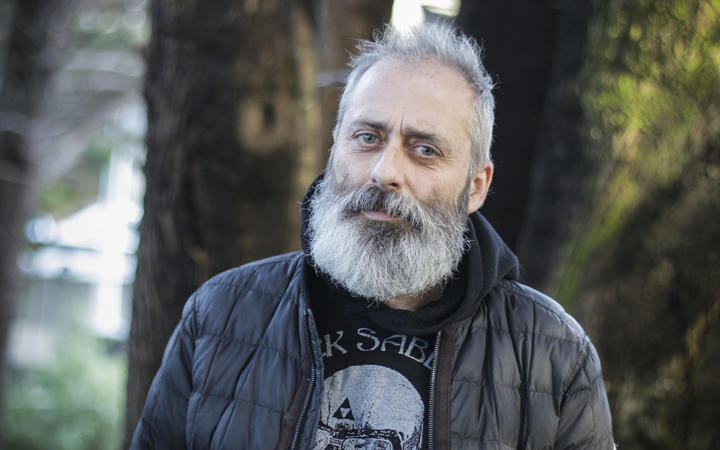 “Let me live, give me 10 more years,” screams Beastwars frontman Matt Hyde in the video for the band’s new song ‘Storms of Mars’. Later, “I want to be alive to see my child grow.” The line lands like a sucker-punch.

Matt’s signature grey, bushy beard is gone, there’s just fuzz on his head, and he’s much thinner than before, but his fearsome roar is still there. His face shudders with the power of it.

The video for ‘Storms of Mars’ moved many fans to tears. It’s an incredibly powerful piece of footage.

Shot four weeks after Matt finished chemotherapy, even he was surprised at the visceral power of it.

“I think it freaked everyone out because up until that stage I’d just been rehearsing in a very quiet voice, but the moment we pushed record, all that came out.”

The band had reformed after a two-year hiatus and were recording songs they’d written during his illness.

“I was surrounded by human beings again … being a part of society or a group of friends is very precious. That's what I missed the most when I was ill. The world continues, but yours is stopped.”

Matt’s daughter was 10 when he got his diagnosis of Non-Hodgkins Lymphoma in 2017.

“She was such an important person when I was sick. I live by myself and have her half the time, but as I got sick, I couldn't have her as much.

“I just loved her coming around. Just her being there, her presence. And she gave me some pretty amazing words of encouragement.

“For her it was quite hard because I looked pretty weird. No hair, skinny, sick. 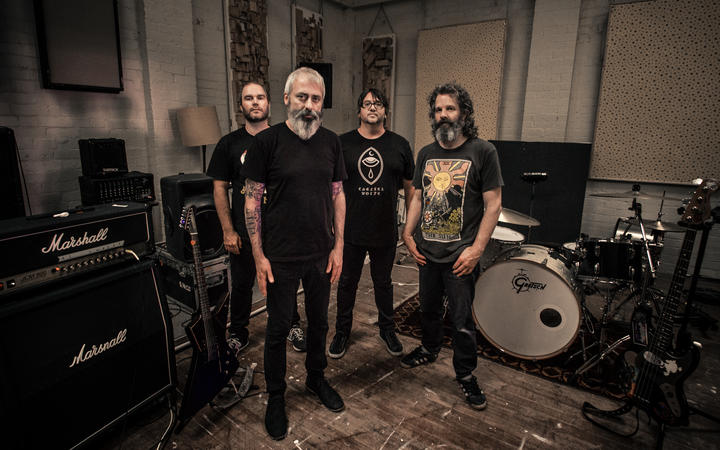 Matt had been dealing with aches for years, subduing them with painkillers. Then common colds started knocking him down for weeks at a time. The aches in his stomach and legs got so bad that he’d have to go to A and E. It was making his job as a chef difficult to bear.

“I was just thinking, ‘Oh God, getting old's tough. This is brutal. I never thought the 40s were gonna be this tough.’

“I used to meditate at night to try and sleep, but this one evening, I couldn't do it. So I went to the hospital and refused to leave.”

“I remember when all the doctors walked in, and they all had those grim faces, kind of like a movie. They all looked really serious. But in the back of my head, I was laughing. I knew I had something, that I wasn't crazy.

“So I was thankful. I had so much on my side: youth, I was quite young. Suddenly I had a diagnosis. And they're also telling me you've got a treatment. So it's like, well, I've hit the jackpot.”

Matt received overwhelming support from his bandmates and fans. A benefit gig was so successful that Matt ended up donating half the proceeds to Leukaemia NZ.

When the band put special t-shirts and records on sale to raise funds, their Facebook page was swamped. People offered cash donations. 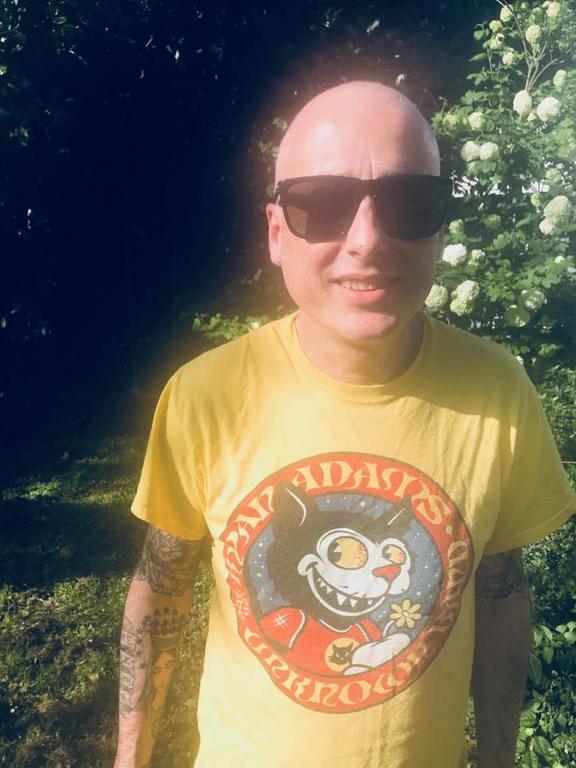 “That was incredible. There was a real turning point that day. [Matt’s ex-partner] Maddie's got a picture of me – we were standing in her garden and I've got an aura all around me.”

After that, Matt’s tumours started receding.

“Obviously the chemotherapy drugs are working. But something else happened I think. I suddenly started feeling different after that day. It's almost like the universe came down and touched me.”

Beastwars formed in Wellington in 2006, bonding over stoner-rock bands including Queens of the Stone Age and its predecessor Kyuss (who they ended up opening for in 2012).

Despite not getting radio play (their music was too heavy for the commercial rock stations), they built a reputation for their blistering live shows and charismatic frontman. Matt’s performances were electrifying – he’d stalk the stage, wild-eyed, his thunderous voice making his neck veins pop.

Their motto was "Obey the Riff", and they did.

Beastwars self-titled debut came out in 2011, surprising everyone by leaping into the charts at number fifteen. The Herald gave it five stars and it went on to be nominated for the prestigious Taite Music Prize.

After they toured their final album, The Death Of All Things, the band had had enough – recording and touring had been tough, and relationships were strained. They all went their separate ways.

“I didn't need to make another record in my life.” says Matt. “It was a good run.”

But when Matt got sick, bassist James Woods and guitarist Clayton Anderson would come and visit. They’d listen to music, hang out as friends, and tinker with a keyboard or guitar sometimes.

Drummer Nathan Hickey was living in London at the time, but when he got back, the band started writing again.

Matt had kept diaries during his illness, which he ended up using to write songs. Once they got them down, they were quick to record.

“I knew it had to be recorded at that time … in a way to even deal with what had happened and move on.”

You can hear, listening to the album, how cathartic it is. 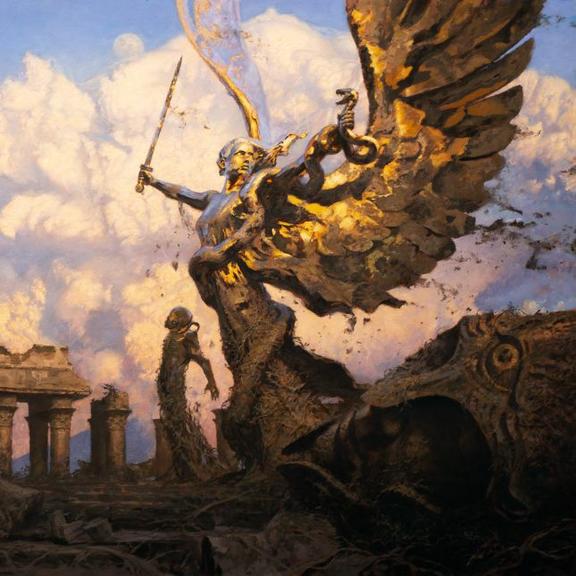 The new album is simply called IV, and its cover is the work of artist Nik Keller (who also did their previous three). The Greek goddess of health, Hygeia towers over a fallen soldier, a snake coiled around her shoulders, and a sword in her hand.

Matt’s cancer is in remission. His outlook on life has shifted. He’s working on valuing his relationships more. He doesn’t care that he doesn’t own a house, but he is saving money in case he gets sick again.

His lifestyle has changed significantly – he swims a lot, which is putting the power back in his lungs. His diet has changed, and he can’t drink alcohol – something which he used to do in excess.

“At first, I used to kid myself that I could still be that person. But I can't. I have to respect what I eat … all these new rules. But if I stick to them, I might get an extra couple of days. So it's worth it.

“I see life in days now. Like, ‘Well, if I do this, I might lose those days,’ because it's all an equation.

“Everything's changed. Touring is going to be very difficult for me. It's a very hard thing already, but I have to somehow learn all these new disciplines.”

“I'm still learning, I think that's what life is, we're still learning, we never stop even though we kid ourselves we know it all. There's heaps of great mysteries still to be found out.” 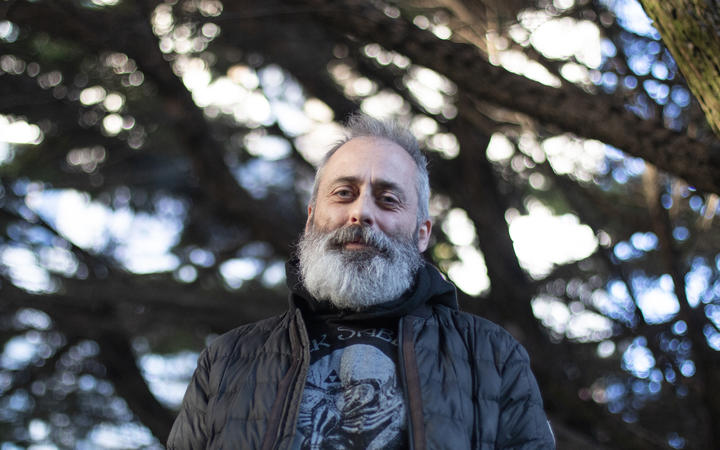