We pay tribute to the singular and pioneering broadcaster, Dylan Taite for whom the Taite Music Prize was named. 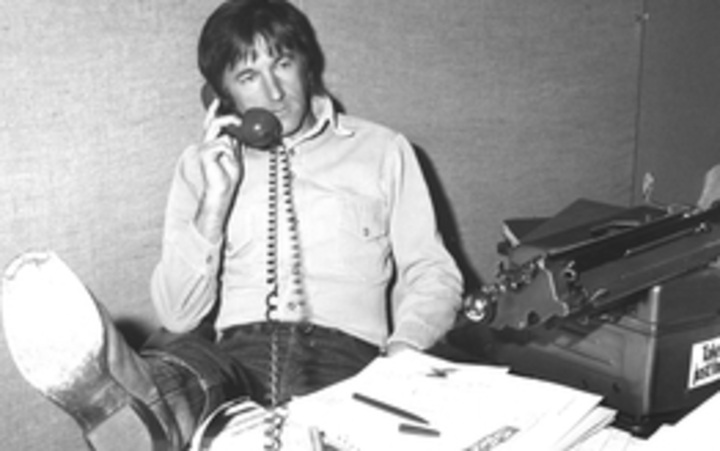 The prize recognises outstanding originality, creativity and musicianship in an entire collection of music contained on one album. It's not about sales or commercial success.

The Taite is an award that usually goes to left-field artists rather than established hitmakers. It’s certainly not the New Zealand Music Awards.

It's often hard to predict who's going to win the Taite Music Prize. Take some recent results:

In 2019, Avantdale Bowling Club won the prize over Marlon Williams, Tami Neilson, Alien Weaponry and other higher profile acts. 2018's winner was Aldous Harding, who beat Nadia Reid and others for the prize; in 2017 Street Chant won out against Shayne P. Carter, Aaradhna and other big names; in 2016 Silicon beat Marlon Williams and the Phoenix Foundation among others; and in 2015 Jakob topped an extremely strong line-up including Tiny Ruins, Aldous Harding, Delaney Davidson and more.

To make sense of these choices, all you need to do is look at the award’s namesake: Respected and singular TV reporter, the late Dylan Taite.

Back when the TVNZ kiwi and his loyal cat hunkered down in their satellite dish bed for the night, on the sensible side of midnight, the cultured and cosmopolitan Dylan Taite was there with his illuminating and often avant garde slices of television news.

He was a conduit to the musical happenings that had previously only come to us through wildly out of date, sea-freighted music magazines or patchy broadcasts on student radio frequencies.

As Spinoff writer and former bFM presenter Jose Barbosa puts it in his profile on the broadcaster: “Finally, little old provincial New Zealand had an insider’s line to the world of music out past the Chathams”

Mark Jennings – later Taite’s boss, describes being a young journalist watching Dylan on the television: “I was always fascinated ... He dressed differently, he spoke differently. He made television differently. He was a rebel, if you like. Nobody in television had long hair. Nobody wore a leather jacket. He wore a t-shirt underneath it. No one did that."

“He was one of television’s most distinctive characters and a person who was totally uncompromising in his own ideas and the way he pursued them.”

Jenning's isn't wrong: Taite once interviewed Lou Reed, known to be a surly and combative interview subject, in a chemist shop.

RNZ Music's Nick Bollinger recalls it being awkward viewing until the moment where the 'Perfect Day' singer was taken aback by this nation’s comparatively lax regulations on over-the-counter pharmaceuticals.

Taite’s straggly long hair, wonky camera angles, obtuse observations and sometimes unintelligible interviewees - or unwilling in Lou Reed’s case - kept alive the hope that something exciting could happen in our then dull pocket of the South Pacific.

Taite had unparalleled access to these international stars and an ability to cut through with the musicians and creatives he interviewed. He wasn’t ruffled by his subjects’ disdainful demeanour or their need to wear sunglasses throughout interviews. Taite was respectful but never deferential; for he had once been one of them.

Prior to his broadcasting career, Taite had a small but notable stint as a drummer with the Beatle-inspired Merseymen, under the alias Jett Rink. The fact that he had been born in Liverpool only added to his credibility at the height of Beatlemania. The contacts he gained through this were invaluable in his television work.

They helped secure him an exclusive interview with The Rolling Stones, while it’s Taite’s film from the infamous 100 Club Punk Special gig, at which The Sex Pistols, The Clash and The Buzzcocks performed, that’s seen in almost every documentary about punk or the Sex Pistols.

This wasn’t the only time Taite visited Old Blighty on his employer’s dime. Later in his career, he convinced newsmakers that he needed to follow the then relatively unknown Datsuns to London, where his son John had relocated. The canny father and son co-produced the scoop for local news media ahead of the band featuring on the cover of the October 2002 issue of NME. 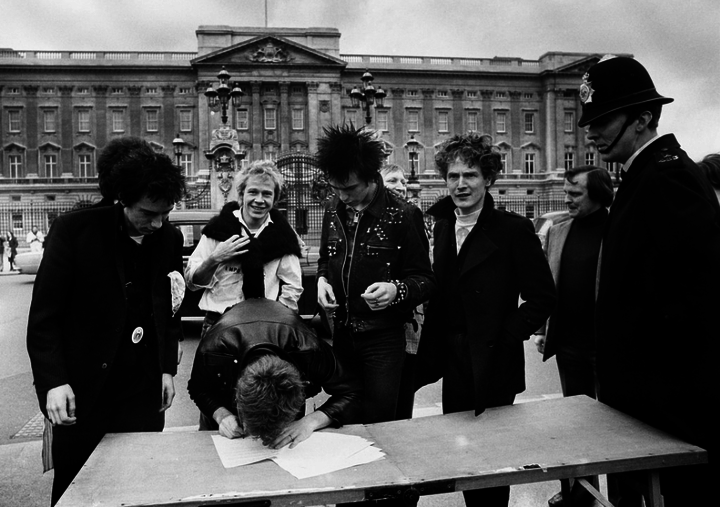 “Taite’s ability to position himself like a laser-guided arcade claw and pluck out stories when everyone else had run out of coins, served him well,” observes Barbosa. He tells of Taite’s most legendary scoop: when Bob Marley played Western Springs in 1979.

“After the Lion [Marley] declined to talk to any reporters at the White Heron Hotel press call, Taite stayed while the rest of the pack dispersed empty-handed.

"He knew Marley and his entourage were soccer mad, Taite himself was an Everton fan, so he grabbed his boots and waited ... After a few back and forths, Taite had his interview, no doubt aided by his impressive knowledge of soccer.”

That is one of the last ever sit-down interviews that Marley ever granted, and thus it "appears in most documentaries about the singer, as does Taite’s historically important footage of the concert and the Wailers kicking around in that Parnell park."

He was the adult who was conspiratorially winking at a younger generation whilst knowingly pulling the fingers at all the button-down adults who were in charge of the television, as his former boss confirms.

“Dylan was unmanageable,” laughs former TV3 news boss Mark Jennings, who was warned by Taite’s former employer – TVNZ, that he was 'a whole lot of trouble'.

“You basically had to give up on managing him. Durations would run over time, producers would be tearing their hair out because they’d have to re-order the bulletin. He would wait 'til the very last minute before finishing items and then there was no chance by then to reject them or edit them in any way.”

Reading Barbosa's description of a typical Taite TV segment, you get the feeling that if he'd submitted his work on time, producers would have rejected it immediately.

“The elevator doors shudder open to reveal the TV reporter ... He's lit in a lurid green, the sort of colour you’d get if someone threw up on the key light after a three-day binge on capsicum and fish tank scum ...The TV reporter lurches into and out of the camera like a goldfish on a bungee cord. And he’s saying things. Lots of things: 'It’s a pleasure to be here. To body swerve freshly vomited. Rat burgers.'"

“He would occupy that lift for hours and hours at a time while he filmed these pieces and he drove everyone in the building crazy,” Mark Jennings fondly recalls.

“You had to take the stairs because you’d press the button and the lift would open and Dylan would be in there with a cameraman doing something.”

“He was ahead of his time. Some of the techniques he used are now standard in filmmaking and documentary making. He was cutting edge and there was no one else like him in television.”

Jennings reckons Dylan Taite had a unique ability to capture the attention of 'people who weren't normally interested in music or the arts' and introduce the audience to new things.

Whatever he may be rocking out to, whoever he’s hanging out with in the green room of the afterlife, Dylan Taite is probably having a good old chuckle about the panel of mortals having to choose a winner in his name.