Herbie Hancock opened the Wellington Jazz Festival last night with a demonstration of just about all the things jazz can be: traditional, experimental, cerebral, emotional, physical, intellectual - and sometimes ridiculous. 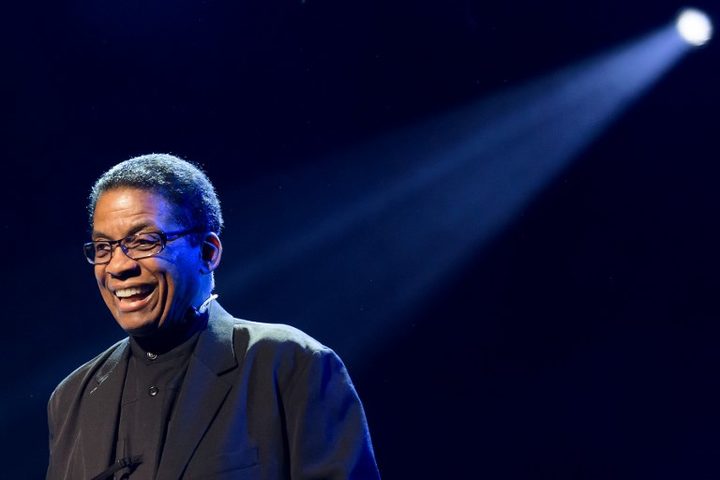 Back in the 60s, Hancock was part of Miles Davis’s quintet when the trumpeter controversially brought electronics into jazz, and since then he has observed no boundaries. Of the musicians onstage, only Colaiuta used no electronic modifications.

Guitarist Lionel Loueke employed an effect that often made his instrument sound more like one of Hancock’s synths. He overused this a little, but he also provided an early highpoint when he turned the guitar into talking drum for a spellbinding solo, drawing on the musical and vocal traditions of his native Benin.

Bassist James Genus, for his cameo, looped a bassline and built intricate melodic patterns on top.

I first heard drummer Colaiuta on a Frank Zappa record in the 70s, on which he had the dubious distinction of being name-checked in a suggestive song about Catholic schoolgirls. He subsequently played long stints with Joni Mitchell and Sting, and it’s easy to hear why he is in such demand. 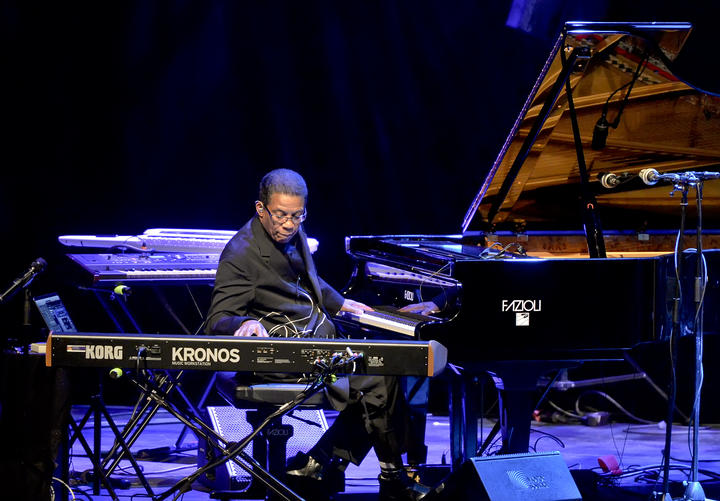 Muscular yet sensitive, a good part of the concert seemed to be a dialogue between him and Hancock, conducted somewhere in the upper reaches of rhythm. With Hancock playing furiously and percussively on the acoustic piano and Colaiuta executing delicate press rolls on a second snare drum, these were some of the evening’s most breathtaking moments.

Hancock is the rare jazz musician who has actual ‘hits’ - tunes audiences recognise and hope to hear – and he played several of them, though not quite in their familiar form.

Early in the set he teased with a few quotes from ‘Chameleon’, the track that opened his best-selling Headhunters album. He did the same with the signature riff of his early standard ‘Cantaloupe Island’, before taking the tune into less explored areas. 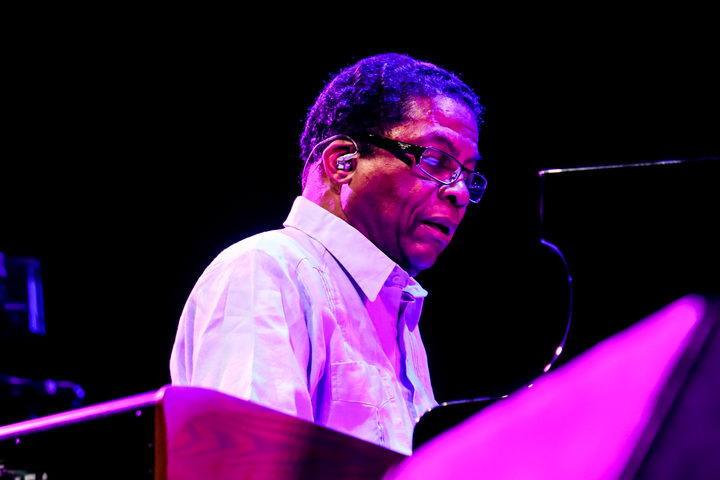 Though his music is complex and exacting, Hancock exuded a mischievousness and sense of fun, often grinning impishly as he led the others on a succession of instrumental tightrope walks.

For his one vocal, he sang through some sort of electronic processor, something he was doing decades before Kanye West.

For the encore, he strapped on a mobile keyboard with pink flashing lights that looked like it might have broken off the console of the Starship Enterprise, and delivered a full-blown ‘Chamelon’, trading riffs with Loueke and bouncing about the stage like a man a quarter of his age.