The year 1994 was a great one for music, and New Zealand was no exception. It was the year of Supergroove’s Traction, Dave Dobbyn’s Twist and Strawpeople’s Broadcast. Here's a list of five of our fave Kiwi classics that turn 25 this year. 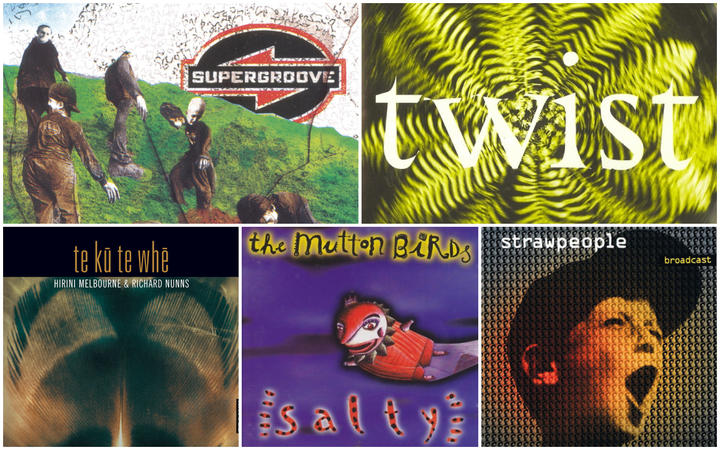 Fronted by Che Rauhihi-Ness – aka Che Fu – and the enigmatic Karl Stevens, and with a rambunctious rhythm and horn section, Supergroove burst onto Auckland’s live music scene in 1990. They were audience favourites from the start. 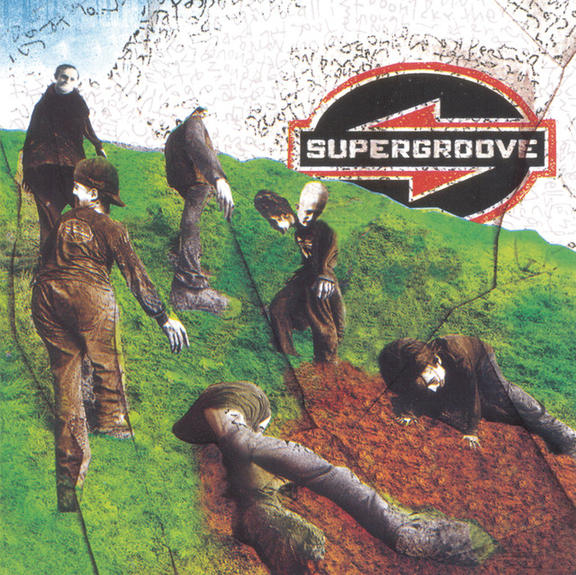 The group’s sound was a combination of hip hop, soul and rock. Equal parts James Brown, Prince and Red Hot Chilli Peppers. New Zealand hadn’t heard anything like it.

Traction was Supergroove’s debut album, and it captured them at the peak of their powers. The songs – with their catchy, and occasionally cartoonish lyrics, were a rallying call for New Zealand’s Generation X.

The album's first single 'Can’t Get Enough' hit No. 1, ending Swedish pop group Ace of Base's five-week stint at the top, while 'You Gotta Know' and 'Scorpio Girls' both reached the Top 10.

The Mutton Birds, formed in 1991 by Don McGlashan, David Long (guitar) and Ross Burge (drums), established their place in our collective music psyche with their 1992 cover of Formyula’s hit 'Nature'. 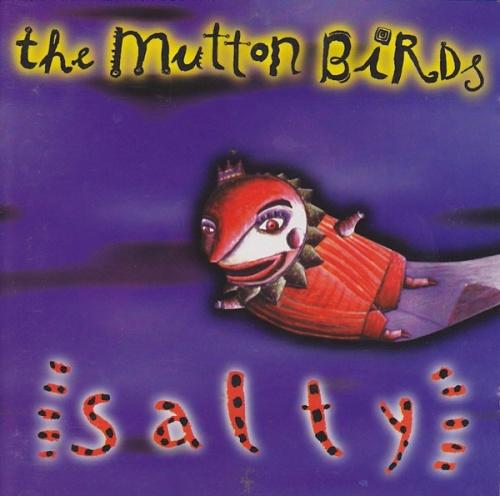 The song sent their self-titled debut album to No. 2 in the NZ charts.

Buoyed by this success they set to work on their second album Salty. With McGlashan’s cleverly crafted lyrics and warm vocals; the band's smart and succinct musicianship; and mixing by renowned American producer Tchad Blake (Tom Waits, Crowded House, Pearl Jam), they produced some of this country’s most recognisable songs.

Salty’s first single 'The Heater' reached No.1 (the band’s only chart topper), while 'In My Room’, 'Ngaire’, and 'Anchor Me' all broke into the Top 20.

McGlashan won a Silver Scroll songwriting award for ‘Anchor Me’, which has become one of Aotearoa’s most beloved anthems.

Salty hit No.3 on the album charts, eventually going platinum.

Lots of people say Twist is Dobbyn's finest album. It was his third solo release, and was recorded in New Zealand after he returned from a long stint abroad. 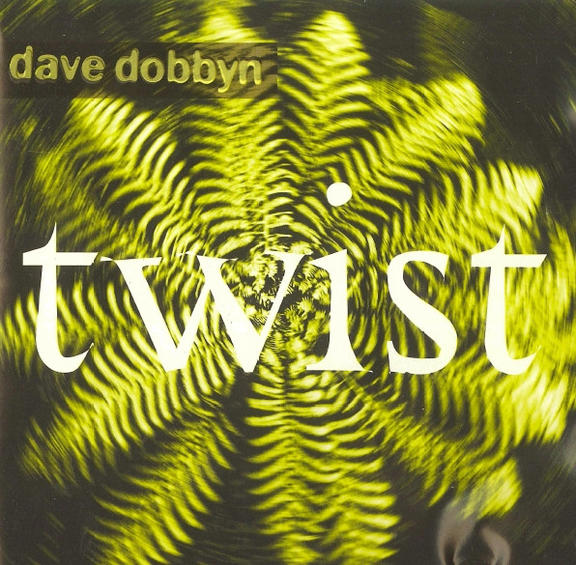 The album was produced by Neil Finn and featured Alan Gregg and Ross Burge of the Mutton Birds as Dobbyn's backing band. It was engineered by the same American producer, Tchad Blake, that mixed Salty.

A deeply personal album, Twist marked a creative turning point in Dobbyn's career. He was writing songs for himself, his family and New Zealand, rather than an international audience.

“All this music was a reaction to leaving Australia,” Dobbyn'says, “But also a burgeoning sense of homecoming. There was something going on at the time. You could feel it. And I know that Neil Finn felt it and that’s why he moved back as well.”

The album spent 32 weeks in the charts, peaking at No. 8. Lead single 'Language' reached No. 4 in the NZ charts and was placed 35th in the APRA Top 100 New Zealand Songs of All Time.

It’s difficult to over-state this record’s importance. Te Kū Te Whē was the first ever album to feature traditional Māori instruments, taonga pūoro, which hadn’t been heard for around 100 years. 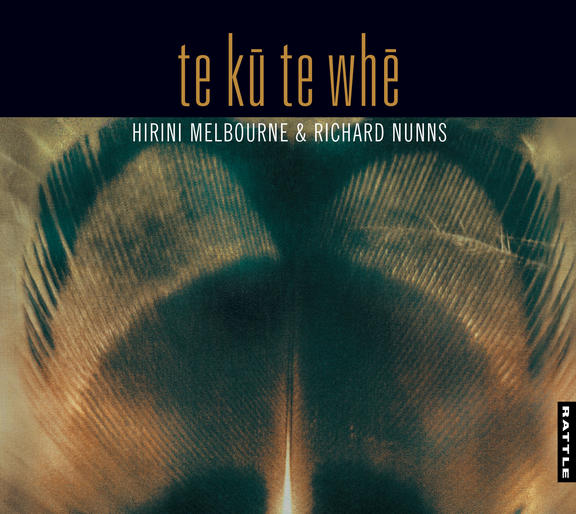 In order to figure out how the instruments should sound, Te Kū Te Whē‘s creators, music anthropologist Richard Nunns and composer Hirini Melbourne took to the road.

With carver Brian Flintoff, they visited marae all over the country, speaking to kaumātua and playing the instruments to them, trying to get a sense of how they fitted into daily life before colonisation.

Te Kū Te Whē was recorded in a day and a half in June 1994. Since then, the recordings have been used on everything from TV documentaries to dance music.

Strawpeople were conceived in the corridoors of student radio in the late 80s, when founders Paul Casserly and Mark Tierney met at Auckland’s 95bFM. 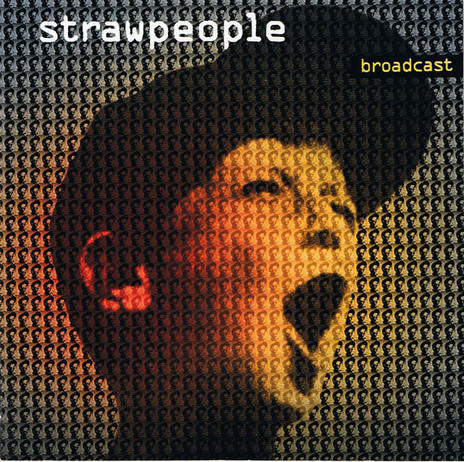 They were one of the first local acts to use the studio as an instrument, using samples and creating beats with whatever equipment they could get their hands on.

Strawpeople provided a platform for musicians and vocalists including Greg Johnson, Fiona McDonald, and Stephanie Tauevihi, who all made contributions on Broadcast.

Broadcast was the duo’s third album and their first to be released on a major label (Sony). With one eye on Australia, the lead single was a cover of Sydney band The Church’s 'Under the Milky Way'.

“I heard Steve Kilbey from The Church on the radio a couple of months ago,” Casserly says, “I heard him say ‘Under The Milky Way’ had been covered by many people including a New Zealand band called The Headless Chickens and I was like, ‘No! Not the Headless Chickens! Strawpeople!’ ”

‘Under The Milky Way’ was followed by second single and album highlight 'Crying' and a repurposed 'Trick With a Knife', which had appeared on their previous album Worldservice.