Two years after the release of Party, Aldous Harding has released a new single and video, 'Barrel', and announced her new album Designer will be out in April.

Fans of the abstract-folk musician can rejoice as her much anticipated third album is due out on April 26th.

The follow up to 2017’s critically acclaimed Party, Designer was recorded and mixed over 25 days in studios in Wales and Bristol and sees Harding reuniting with producer John Parish.

The first taste of the new album is ‘The Barrel’.

Full of wry humour, the track features many of the traits we have come to love in Harding’s work. Her poetic lyrics and well-enunciated vocals are complemented by a pleasantly ambling drumbeat and guitar as she accompanies herself in several different voices.

The beautifully surreal video for the track was directed by Harding and Martin Sagadin and sees her dressed as a Plymouth Colony pilgrim, dancing inside a room made of sheets. 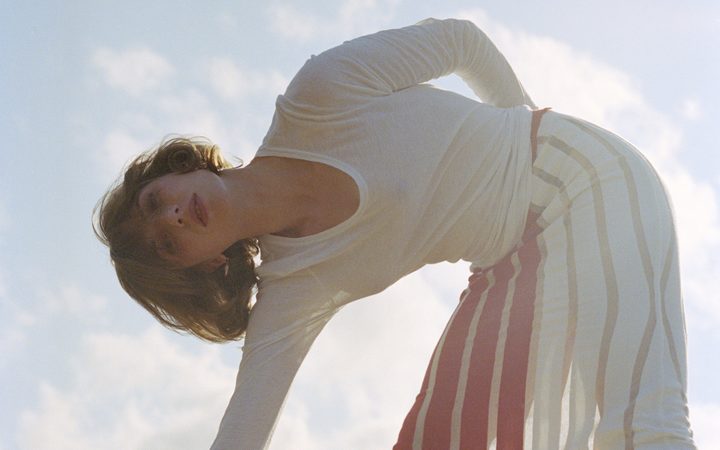