Christchurch lo-fi pop musician Pickle Darling (real name Lukas Mayo) released his debut full-length Bigness at the start of January via Slovakian label Z Tapes. It became the top-selling album in the Pop category on Bandcamp (who also featured it as their Album of the Day), and went on to debut at #9 in the local album charts.

Not bad for an album recorded with one microphone in various flats Lukas describes as “moldy” and “cursed”. 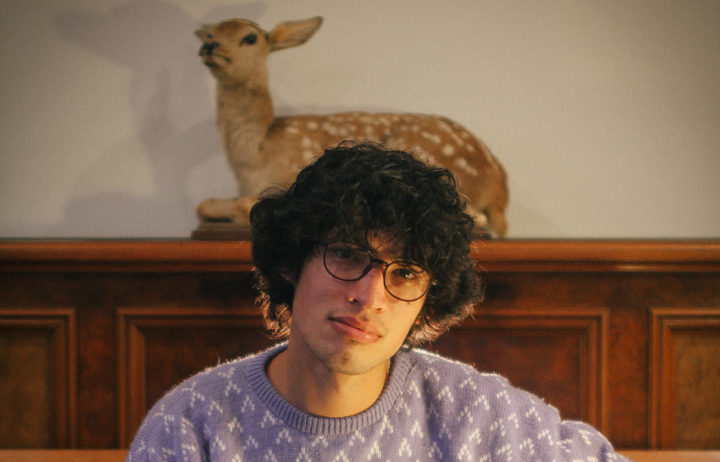 Lukas Mayo is nothing if not self-aware. That repeated line from his song ‘Greta’ feels like he’s critiquing his own work before others get a chance to. Maybe it’s a response to some feedback he received on his EP Spring Onion Pancakes.

“A lot of people said ‘he needs to grow up, this is disgusting’” Lukas tells me with a laugh.

But far from taking it on board, he decided to head farther in the direction his muse was pulling him.

“I like bands that really push into their vision, and are like ‘no you don’t understand, I’m going to push into this, and on the next album you’ll understand what this sounds like fully realised.’

“I never thought of my stuff as ‘twee’ until people started saying it was. I’ve started using it as an easy label, but it’s a bit frustrating because it implies something’s just there for cuteness. I still feel like I’m writing folk songs, or pop songs, and I just happen to have these instruments [like ukulele and glockenspiel] around me.”

It’s an approach that caught a few ears at RNZ, sent the single ‘Mouthful’ to the top of 95bFM’s audience-voted top ten, and prompted Bandcamp to feature Bigness as their Album of the Day. Lukas is typically humble.

“It still feels like my seven friends are the only ones that listen to me.”

Does being signed to a Slovakian record label mean he has a lot of fans over there?

“Around the world I guess... lot of random loners probably, who also have just seven friends”.

It doesn’t hurt that for an album recorded on the cheap, it sounds surprisingly accomplished. Tonally warm and inviting, Bigness is an album that’s clearly had a lot of care applied to its sonics.

“I just have one microphone,” says Lukas, “and kind of shitty gear, but I think that gave me a good limitation. I worked out how to mix and EQ my voice, and then I changed the way I sang when I realised the best way to record it. I wrote with my limited gear and limited skills in mind.

“All my vocals that I’ve ever done are first takes. And I just work with that.”

“'Bicycle Weather' [the opening track on Bigness] was recorded as I was moving out of my old flat. That building was cursed, eh. It was falling apart, and there was so much mold. You could hear rats in the ceiling… I’m pretty sure there was a whole ecosystem in the walls of the house. It was horrible”

The album description on the Pickle Darling Bandcamp page reads ‘10 songs about bigness and smallness’, which feels apt once you hear the lyrics. Meditations on death and the afterlife sit alongside thoughts on covering payment for firewood, and something mundane like a mobile phone plan is somehow loaded with gravitas: “Cause my friend you are worth the extra data/ You are worth the lunch I can’t afford” he sings on '5am'.

“I like the idea of talking about massive or heavy things,” he tells me, “and then putting equal weight on something smaller, like something I’m eating. That’s how our brains work: we have so many thoughts that are contradictory, and we just hop to the next anxiety or whatever very quickly.” 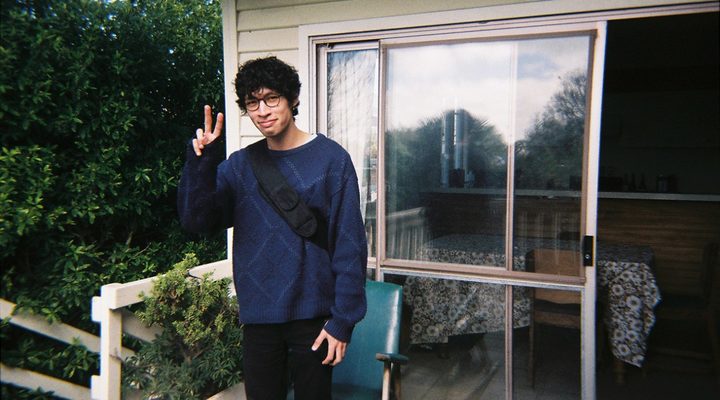 Perusing the lyrics soon reveals Lukas’ interest in movies. Across the album he references The 400 Blows, Her, Spiderman 3, actors Greta Gerwig and Nicolas Cage, and sneaks in a few snippets of dialogue from various films.

I ask him why cinema has such an influence on his music.

“When I hear interviews with filmmakers I relate more to their process a lot more than when I hear songwriters talk about theirs. When I thought about making the album I fantasized that I was actually making a movie, or a bunch of short films.”

On ‘Greta’ Lukas’ voice slips fluidly between octaves courtesy of a software plugin, an unnerving effect that somehow suits the song perfectly. Listening to him talk about it you get a sense of how he thinks visually as well as musically.

“Hearing that makes me feel like my whole body is morphing and changing into this weird form, and I’m becoming older and then younger again.