Legendary US rock group Fleetwood Mac have announced they'll be playing here in September. The shows will be the first chance for New Zealanders to see the group perform with new member Neil Finn. 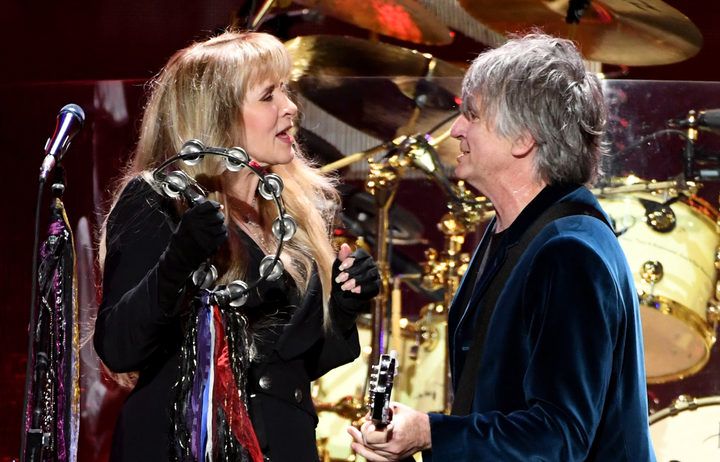 Fleetwood Mac will play two shows in Auckland on 16 and 19 September, and a Dunedin show on 21 September. The shows will feature the new line-up of Mick Fleetwood, John McVie, Stevie Nicks, and Christine McVie along with newcomers Neil Finn and Mike Campbell (formerly of Tom Petty and the Heartbreakers).

The NZ tour comes off the back of the band's 50+ city North American tour.

“We are thrilled to welcome the musical talents of the calibre of Mike Campbell and Neil Finn into the Mac family. With Mike and Neil, we’ll be performing all the hits that the fans love, plus we’ll be surprising our audiences with some tracks from our historic catalogue of songs,” the group said in a statement.

Tickets for all shows go on sale at midday on Friday, January 25.

Neil Finn made his first public appearance with Fleetwood Mac in September on the Ellen Degeneres show.

He and his son Liam spoke to RNZ's Kim Hill in August about their friendship with Fleetwood Mac drummer Mick Fleetwood, explaining how the veteran rocker ended up playing on their album Lightsleeper.

Fleetwood Mac was founded by Peter Green in 1967 and was named after Mick Fleetwood and John McVie. After Peter Green left in 1969, Fleetwood and McVie remained as original members, and the band has since featured a cast of different talents.  Christine McVie joined the band in 1970, with Stevie Nicks and Lindsey Buckingham joining in 1974.

Fleetwood Mac won Album of the Year at the 1977 Grammys for their album Rumours and has sold more than 100 million records worldwide.

They were inducted into the Rock and Roll Hall of Fame in 1998.