Aucklands new family rap ensemble - Fanau Spa: "I haven’t experienced anything like it."

Fanau Spa is a 9-piece collective of musicians, rappers, artists and performers based in Tamaki Makaurau, with members hailing from all around the globe. Members Toki and Nikolai spoke to RNZ's Jana Whitta.

Auckland rapper Coco Solid seems to have a knack for assembling exceptional musical collabs like it ain’t no thang.

“It’s the most beautiful thing that I never expected to happen,” says Nikolai aka Brown Boy Magic, of the project.

The group came together in Auckland from around the globe and recorded the album in just four days, working “pretty much 24-7”.

Toki aka Big Fat Raro says the studio where they recorded, and which the Fanau Spa collective is named after, was a safe space for everyone to be creative in.

“I haven’t experienced anything like it. It was a safe space for LGBTQI and POC [people of colour], so honestly it was always vibing in there. Sometimes it was quite intense,” he says laughing.

“It was a great place to be creative, and I feel like that safety brought a lot of people out of their shells when they were performing on the mic. That was an amazing part of it.”

“That was kind of a group thing in the way that came about, but Coco’s definitely the instigator, the catalyst for it all going down like that.”

READ: Coco Solid: 'Being able to tell our stories is something we have to fight for, constantly'

The album aims to bring people of colour, queer and non-binary people into the mainstream.
Nikolai aka Brown Boy Magik says the group are trying to make space for themselves and their peers. 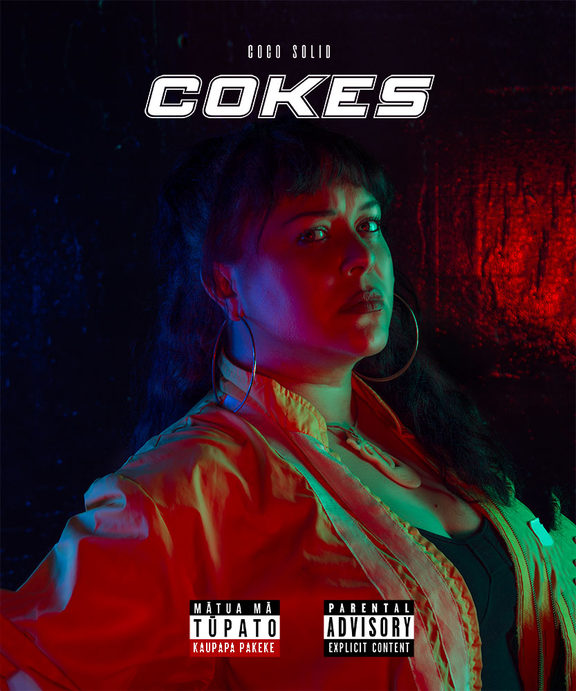 “Being people that do break those barriers, or do start that path – it’s hard. It’s definitely been a really hard route for all of us.”

“I think it’s past due – especially in Auckland. You look around the world and we’re in the dark ages here,” says Nikolai.

“It’s hugely isolating, but in saying that – doing work like this, like Fanau Spa, or doing other work with queer people, it’s cool to see it open up more. And you’ve got to remember that’s what you do it for at the end of the day. Making this mixtape, being really visible. Do the mahi, get the treats y’know.

“It’s definitely needed here in Auckland as well as the rest of New Zealand,” says Nikolai.
Toki says there was inclusivity and collaboration, but it wasn’t forced: “Everyone had their space and their right to do whatever they wanted within that recording process.”

The group cross-pollinates with Fafswag, an LGBT arts and performance movement based in South Auckland, and each member has their own unique story.

“We each possess a different lense, voltage and ancestral life that the world [right now] needs to hear from - and we know this record serves a purpose bigger than what we could do as individuals," says Coco.

Nikolai is a fan of Coco’s style: “She’s very… you’re gonna think something and you don’t know how to say it. Coco knows how to say it exactly. Y’know, like, Damn, that just came straight from my heart as well.”

To record the mixtape Melbourne-based producer Neil Cabatingan aka Yumgod set up in Toki and Hamishi’s Auckland studio and they got to work.

“I don’t think anyone knew what was going to happen except maybe Yumgod,” says Toki aka Big Fat Raro, “We had a handful of tracks recorded, then he just pulled out all these beats- all the beats that are on the album- and we freaked out.

“Everyone got out their writing pads and we were all like, Yo I’m gonna flow on this one, So it was very organic from our perspective, but Neil maybe had a bit of a plan… a secret big plan.”