King Princess on 'Pussy is God'

With only a handful of songs and one EP, New York's King Princess is already touring the world to sell-out crowds. The nineteen-year-old stopped by RNZ to talk about her new single ‘Pussy is God’, which is generating plenty of publicity as the genderqueer identifying artist forges a fanbase. 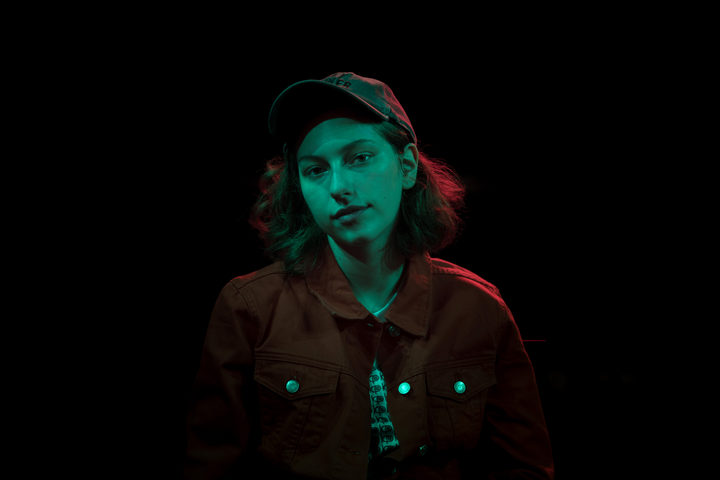 On being gay and genderqueer in the music industry in 2018.

It wouldn’t have even happened four years ago.

We’re getting to a really incredible place in our history an artistic renaissance. I think that’s kind of what’s happening. People are not only mad and scared but also proactive and productive and I feel that wave.

Usually, when shit gets bad it’s when the best art starts coming out. I think it’s what happening and I really hope it is.

On 'Pussy Is God'

It’s simply not allowed to be played on many radio stations. Because you can’t say 'pussy'... but our president can in a shitty way. So that’s really fun about the U.S.

You can’t say pussy but you can talk about abusing women and be a politician.

But my gay ass can’t say pussy on the radio. That’s crazy to me.

When I wrote it I wasn’t thinking about the political implications of it.

As our world is unfolding right now and we have a lot of shit going on I feel proud to be a part of a piece of art that is kind and loving towards women, while also appreciating the anatomy that has been marginalised through all of our history.

On growing beyond the gay audience.

I identify as gay and genderqueer (pauses) whatever those titles mean.

I get asked about it a lot and I think it’s important because I feel very strongly about my love for the community and how proud I am to be a part of it.

For me titles and labels and shit like that it’s important. It’s important to feel like you’re connected to something. We have such a rich history and such a beautiful community.

But I also think that my shows at the moment are representative because we’re just starting to kick up. Those are the diehards and those are mostly gay kids.

I really appreciate that because it’s created this beautiful safe atmosphere where people are laughing and drunk and dancing and singing and everyone seem to be connected under the understanding of ‘we’re all part of this community’. It’s really beautiful.

On touring the world.

King Princess: First of all I feel very blessed that after releasing only one EP I have the opportunity to travel the world and tour because for a lot of people it’s years of build up before you really get to have the type of tour that we’re having right now.

On the Kiwi audience.

Y’all go hard. I don’t wanna start any fights but it’s a very similar vibe in the rowdiness to Australia. I really fuck with it. The kids were lit. The kids were doing their thing last night. They were gay, they were dancing and singing. It was great.

On local rapper Jess B, who she spent time with while she was in Auckland.

We had a fun night together. Big fan. Her music is so sick. She played me some stuff and I was like – fire.

It’s nice when you get to meet an artist and maybe you don’t know that much about them and then you just listen to it and you’re just like ‘Oh this is absolutely amazing’. I want to play it to all my friends in the States.

We were dancing we did some karaoke. I always think it’s a great gag to do ‘Jesus Take The Wheel’. Country banger.

The music that was pop music when I was a kid was trash. Bar Mitzvah jams. It wasn’t very substantial.

So I was super invested in rock and rock history and Motown and the shit my parents listened to that was always blasting in my house. I’m so glad I did because it’s what everything’s based on.

American pop music history is very expansive and I think that being able to understand the influence of the music that we listen to now is such a great tool. Mark Ronson who I work with is just a great example of somebody who knows catalogues and catalogues of music.

It’s made him who he is as a producer. Being able to reference something like a snare sound that you wouldn’t know unless you were Mark Ronson and listened to every song ever.

I really love that. I’d love to be somewhat of a musicologist by the time I’m old and grey.

On world-renowned producer Mark Ronson who worked on some of her songs.

Mark heard my first EP that I made with my friends which was crazy and then we went to dinner.

He was just a lovely guy I just felt really connected to him. I have w very nice relationship it’s very mentor/mentee/brothers. It’s kinda sick.

Also, he’s kind of my dad. It’s fire. Also, he’s just like a really amazing person to work with because he knows when to step back and when to give his opinion and I really enjoy spending time with him. I’m very fortunate to have somebody like that.

Not everybody has someone like that going into a music industry or entertainment industry somebody who is helping you along the way who’s been through it.