Tha Movement and Anonymouz: standing up for Samoan culture 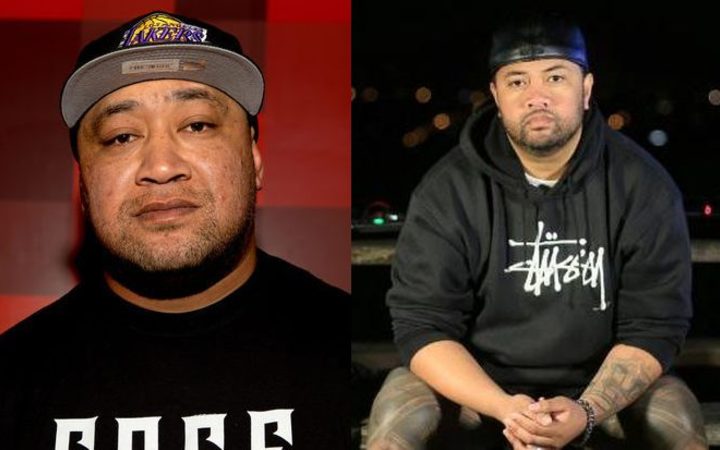 While the 2018 Pacific Music Awards nominees both grew up in South Auckland and have Samoan heritage, RNZ Music's Alex Behan discovers the pair have quite different stories.

"The Samoan proverb 'E iloa le Samoa i lana tu, tautala ma lana savali’ translates as ‘You know a Samoan by the way he stands, the way he speaks and the way he walks'.

It’s a critical part of our culture, being able to speak it amongst a hugely western-dominated world in which English and other languages are more prevalent.

My parents never really forced it at home, it was just natural. I never used to be that proud of it, to be honest, and it was never really a main feature of a lot of my music to incorporate a lot of Samoan language into music up until 2012.

I accompanied John Key to the Samoan Independence Celebrations in Samoa and I had to create an artwork there for a local gallery and one thing led to another and I came back and people were raving about what I did.

It was a catalyst to using other cultural and indigenous elements within the work that I was doing. Ever since then it’s been a gradual increase of Samoan content within all the different things that I do.

People can have a personal interest in Samoan language whether that be their relationships with others around them or that might be Samoan colleagues at work.

If you really do value it, it’s about making an effort to learn some language and it can be from the most basic greetings.

I’ve taught my nephews when you wake up in the morning instead of telling your bro 'Good morning' say 'Taeao Manuia'. Five syllables, that’s all. And they go hard on it now.

It’s just about making an effort, and it’s not like we all need to be eloquent professionals, but being able to utter those frequencies in a certain way that gives language context to your culture, that’s a very different thing.

It’s a liberating thing just talking to my nephews. They love that ability that they can say something in their language. It’s about making an effort." 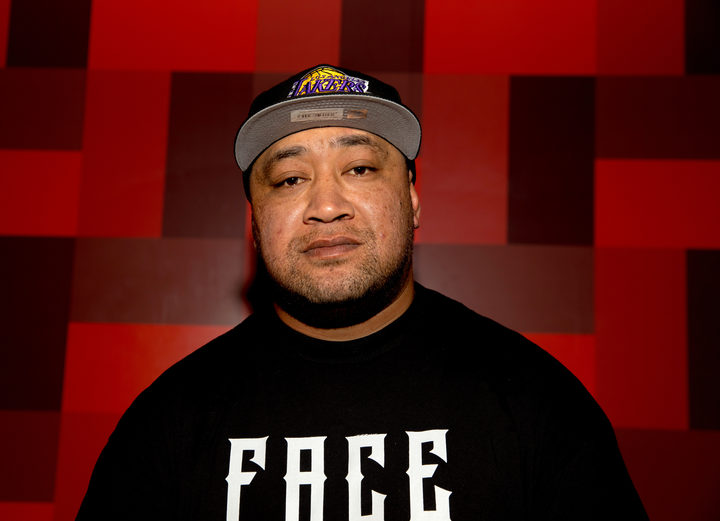 "I’m a New Zealand-born Samoan so I didn’t know how to speak the language, the mother tongue. I didn’t know what Samoa was, like I’d heard a lot of stories from my parents.

When I was young, I used to drive my parents up the wall and that was the thing they sent me straight over to the islands. I went over there on the one-way ticket. It was a big, massive culture shock.

I didn’t know who I could speak to and I had to learn the language. I was in a country where no-one spoke English.

I learnt everything from surviving in the jungle to feeding your family, living off the land all that stuff, all that important stuff.

I would go to school and try to speak Samoan and they would laugh. Got picked on as well from all the prefects and I just didn’t understand why these guys were picking on me.

It’s just the way it was, you can’t do anything about it. I could not understand why they were picking on me. To this day there are some things I don’t’ understand, but it is what it is.

When I got back to New Zealand I was so thankful to my grandparents and my aunties and uncles. They taught me everything about it. 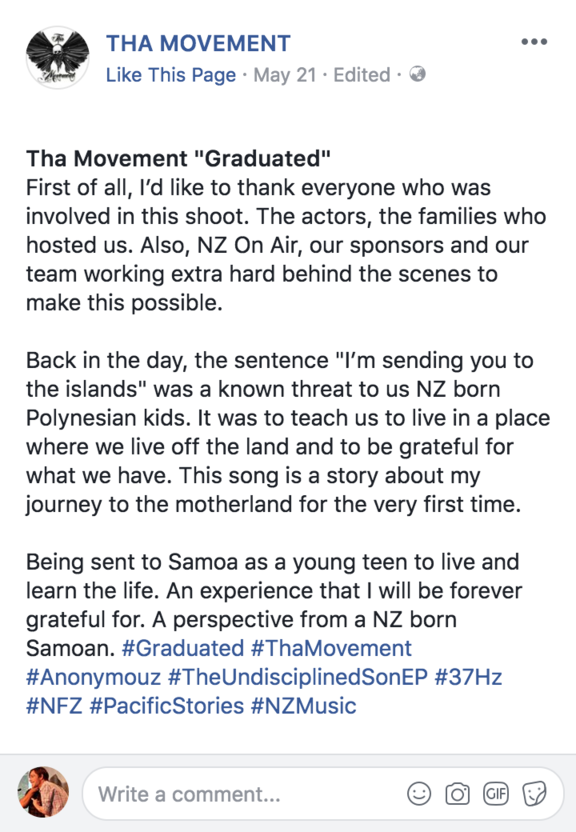 When I flew over there it made me appreciate what I had back home and appreciate my parents. I could imagine what they’d been through, you know? They flew over to New Zealand to find a better life for all of us.

They didn’t even speak English. Going for a job, people would mock them because they didn’t know how to speak English, but they were just workaholics.

When I went to Samoa it was very, very humbling. I learnt a lot about respect. So when I came back I took respect to another level. I appreciated my parents, I was in the kitchen cooking for them, [caring for] their well-being, everything.

Appreciating every moment even to today, speaking to my mother, even if it’s just for five minutes on the phone.

Samoan language is important, it’s who I am. The way I talk to people is the way I rap. So I find that it’s more authentic to myself.

And I think a lot of people are following that trend now and agreeing with adding the Samoan words into their lyrics.

Before, I think people had an issue with trying to pronounce Samoan words into the hip-hop and thought that people maybe wouldn’t accept them because it wouldn’t be understood.

You’ve gotta be raw, real and authentic with your music, that’s the thing. I have to put Samoan words in all my songs.

Even if everyone on the roster is all English I’ll just jump on and I’ll just add little dabs of Samoan here and there just to remind you who I am."