All by myself: three local musicians describe the transition from bedroom to stage

Getting up on stage for the first time is a terrifying experience – especially for solo musicians. We speak to locals Estere, Fazerdaze and Kane Strang about what it's like making the transition from bedroom to stage. 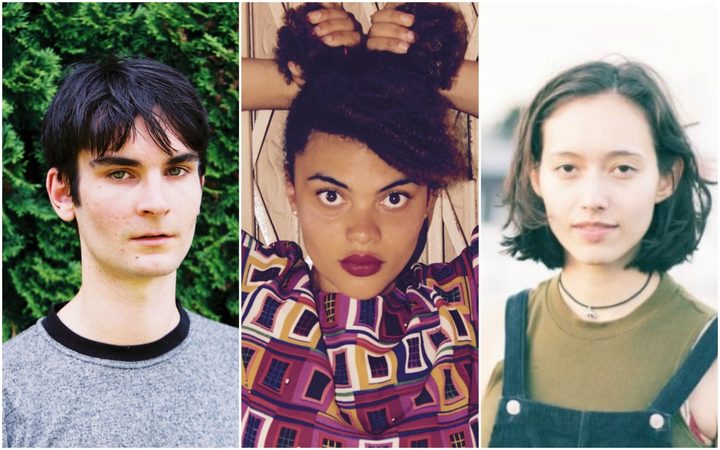 Getting up on stage for the first time, no matter how small the crowd, is a terrifying experience for any band. For solo musicians, it’s even worse. The smallest mistakes are noticed, and a backing track gone awry can completely halt a performance.

“I thought it would all go to shit,” Wellington-based beat-maker and singer Estere Dalton says of the first time she got on stage. She'd been asked to play at Wellington Art Gallery, but only had enough material for a 15-minute set.

Through the nerves and stress, she pulled it off and was well received: “People came up to me and gave really positive feedback. It genuinely surprised me.”

Estere has until recently, been strictly a bedroom producer: producing beats in a Hataitai villa with her mate 'Lola', an MPC 1000 sampling machine.

These days she’s graduated from the bedroom and works on the road. She’s played festivals around the world, opened for major international acts, and just finished a solo tour of South Africa.

However, if that first set hadn’t done well, Estere might have called it quits: “I’d have been really put off.”

She still gets nervous before playing but says that these days the nerves tend to go during the first song of the set: “It’s like pulling off a band-aid.” 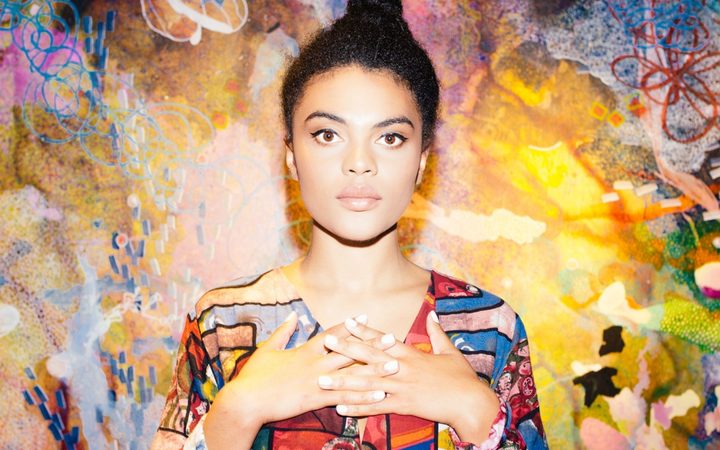 Amelia Murray – the woman behind Fazerdaze, was nominated for four different awards at last year's VNZMAs, including Album of the Year.

She found her first ever gig terrifying, despite it being a backyard performance at a mate’s place: “I was shaking ... Having to present [the songs] to people was really scary! But, she says, she got a good reaction and found that first show encouraging.

In the beginning, Amelia had no idea how far her music career would go, and she says her early shows were 'really bad'.

With her VNZMA nominations, an upcoming set at Coachella, and her album Morningside a finalist for the prestigious Taite Music Prize, Fazerdaze has come a long way from playing in that backyard four years ago.

Despite that, playing live is still 'nerve-wracking': “I always feel like I’m playing shows I’m not ready for.” She says she  fears that the hype generated by fans and critics can exceed her ability: “I feel that all the time.”

But there's been an element of discovery and learning how to play live: “It’s a whole other thing and takes different skills”. Amelia says her main goal on stage is to be confident and comfortable: “I’m not a born entertainer.”

Being distant or enigmatic isn’t her thing when it comes to live performance: “I try to allow myself to relax and have fun. I want to treat it like a party – and that I’m the host. It helps me get out of my ego.”

RELATED: She Will Rock You - Amelia Murray

Amelia's stage nerves are partly helped by playing with a now-consistent band: “Walking on stage with friends, it feels like we’re a team. It’s also really good to have people to talk to after the show.”

Amelia says it’s easy to romanticise the 'bedroom producer' but it’s something to be wary of: “It can be really lonely and sad.”

She also says she couldn’t make music without people around her and the feedback of her friends: “I don’t do it [make music] for selfish reasons ... I’m trying to feel out what it is to be human.”

Dunedin singer-songwriter Kane Strang also prefers playing with a band, but finds he needs to write songs alone.
His first gig was a lunchtime concert at high school, which he put on after encouragement from his teachers and friends. His supportive friends even made signs for the occasion.

Prior to that, he'd had one other stage experience: a friend’s band was also playing a lunchtime concert. Knowing Kane was familiar with the lead guitar parts to one of their songs, they called him up to play it. The experience terrified him.

RELATED: The Sampler - Two Hearts and No Brain by Kane Strang (review)

After high school, Kane took his solo acoustic shows to a tiny alleyway bar in Dunedin – Mou Very. The space was so small he'd only play to a maximum of 20 people at a time.

Kane did the solo thing for about two years, then formed a band after the release of his first album: “Playing solo is nice, but I like being loud.”

Kane's earlier forays into bands hadn’t suited him. He'd leave band practices feeling frustrated, needing complete control of the music to maintain the desire to keep playing: “I had to figure it out for myself.” 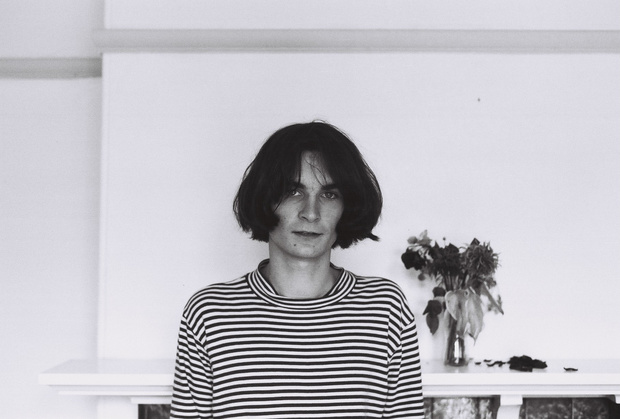 Strang has toured Europe and the US and recently got signed to US label Dead Oceans, which houses a roster including Slowdive, Akron/Family, Mitski, Kevin Morby, and fellow New Zealander Marlon Williams.

Kane was so hyped when Dead Oceans reached out, he thought someone might be trolling him. He burst into his flatmate’s room to discuss it and realised 'this is actually happening'.

Despite his successes, Kane feels he’s still learning how to play live: “There’s so much to learn – I don’t know if I’ll ever be satisfied ... Sometimes I stand there overwhelmed and freaking out. But it’s getting better now.”

Kane's working on his music full-time now, which is partly due to getting fired from his job at a café: he'd been rostered on to work the weekend, but only realised when his boss called him wondering why he hadn’t shown up.

Kane was in Christchurch filming a music video, so there was no way he could make the shift.

Working full time on music has been a blessing for Kane, but one he still finds precarious: “I always feel like I’m on the brink of going back to the café.”

Kane is also up for the Taite Music Prize this year but, despite being excited, he’s trying not to think about it too much.

For now he’s working on new songs. The songs on his last album were 'quite old' and Kane didn’t have to think too hard about putting the album together. Now he says he needs to work on completely new material, a dynamic change which frightens him a little: “I don’t want to overthink it, but it’s always scary.”

The Taite Music Prize will be presented at a ceremony at Auckland's Civic Wintergardens on Tuesday, April 17. RNZ Music will be streaming the event live from 7pm at rnz.co.nz/music.