Buster Stiggs, a pioneer of the NZ punk and post-punk scenes died this week, on 7 January aged 63. He was a member of Auckland bands The Suburban Reptiles and The Swingers. His friend, and sometime manager Simon Grigg remembers Buster. 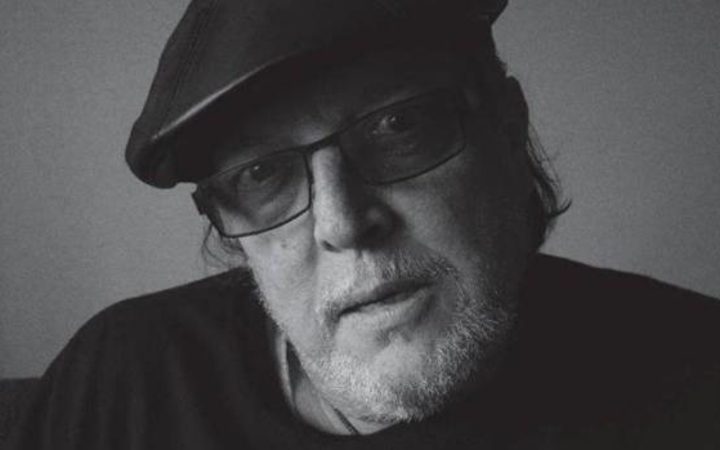 “We had three names for him – obviously there was Buster, and there was Mark Hough - his real name - and I mostly referred to him as either Mark or Buzz over the years. Before he was Buster Stiggs, he was Buzz Adrenalin, and he stole [that name] off another member of the band.... So the first press releases we put out with him as a member [of the Suburban Reptiles] named Buzz Adrenalin.”

Adrenalin by name and nature, Griggs describes Buster as having ‘a vast amount of energy’.

“For most of us, in the early days, The Reptiles was like an art experiment, and then Buster came along and he had the drive to turn it into some sort of commercial entity. And he did.”

Grigg and Brett Salter [known as Jimmy Joy] started the band after reading about The Sex Pistols in the NME. Grigg gave the drums a go, but was ‘a hopeless drummer’ and became the manager.

“The first thing we did was find somebody to be the drummer. I went into the butcher shop in St Heliers, and there was a guy I knew vaguely in there, he was an apprentice. And I saw him banging around pieces of meat, and I said to him ‘are you a drummer?’ and he said ‘I could be…’ So  we hired him."

Unfortunately he wasn’t very good either, so left to focus on juggling. 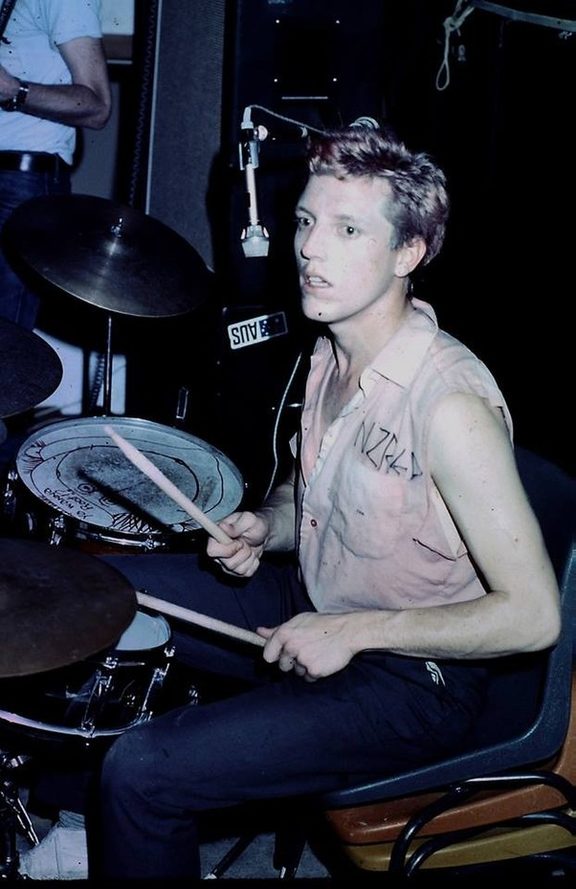 Then one fateful night Jimmy and another member of the band, Zero [Clare Elliot] were approached by Buster on Queen Street. Realising they’d found a fellow punk rock enthusiast, they asked him to join the band. Later Buster said to Grigg – ‘I actually hunted them down cos I wanted to join The Suburban Reptiles.’

He was at a loose end. Buster had been the guitarist in a band called After Hours, with Neil Finn, who had just been called in to fill Phil Judd’s spot in Split Enz. And while he hadn’t played drums in a band before, he was keen, and fitted with the aesthetic of chaos the band were trying to portray.

“We went out of our way to try and shock people, we tried to get banned from gigs. I’d booked a gig for the Suburban Reptiles at a Catholic Boys school, knowing that the band would get fired... They swore at the crowd, and they swore at the priests. And we had a reporter lined up, and then we got fired.

"It was fun and games, and I kinda felt sorry afterwards, for those poor kids who’d gone along to their school ball, and been part of that little punk rock art experiment.”

While Grigg was the manager, Stiggs had a manager’s drive and gall. He was the one who sent the Suburban Reptiles record over to the NME – which they reviewed six months later.

“I just remember Buster’s cheekiness…There was nothing he wouldn’t do. He was willing to knock on any door and go up to anyone and say ‘I want you to do this, or I’m going to do this'.”

Grigg also says that while he was great at what he did, Buster could also be very confrontational, which he speculates was a big part of what led to the break-ups of both The Suburban Reptiles and later The Swingers. 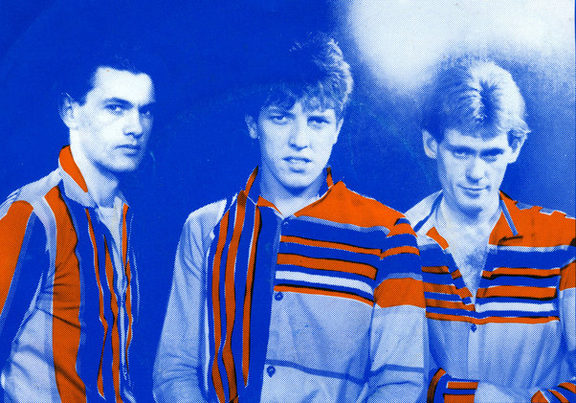 Swingers bassist Bones [Hillman, of Midnight Oil] recollected this week that he and Phil [Judd, of Split Enz] fired Buster, not over musical differences, but because they were living in a flat where they could hardly afford the power and they were burning their furniture to stay warm, whereas Buster was living in a very nice house with Neil Finn.

Grigg says “a similar thing happened when the Suburban Reptiles went to Wellington, August ’77. We turned up and the student’s Arts Council didn’t know where to put us. So we got thrown into a room with these young guys – I think there were 8 or 9 of us in a room. And Buster had managed to talk his way into some luxurious house in Kelburn. He fell on his feet, always.” 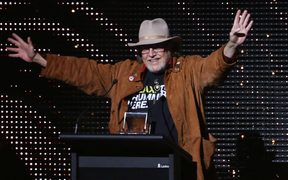 The Swingers have been awarded the Silver Scroll for their 1981 hit. On the line is drummer Buster Stiggs. Video, Audio

For reasons that remain unknown,  the Silver Scroll for 1981 was never awarded, so in 2015, it was retrospectively given to The Swingers for their song ‘Counting The Beat’.

“It meant a lot to him” says Grigg. “I think it meant a lot to the whole community as well, because that was kind of the flag waver for the whole post-punk scene, that song. It was such a massive hit at the time, and yet back then in the early 80s we were kind of overlooked by the establishment. So for APRA to turn around and say that was the song that deserved the Silver Scroll in 1981 was right.”

Stiggs had been sick with bone marrow cancer for a few years, and is survived by his 15 year old son Ash.

Read more about The Suburban Reptiles over at Audioculture