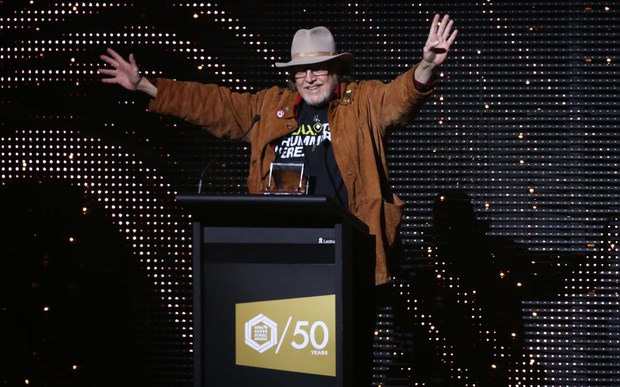 For reasons long forgotten, prestigious annual songwriting award the APRA Silver Scroll, was not given in 1981. Yet it was a great year for New Zealand music. To right the oversight, during the at the 2015 awards a retrospective Scroll was awarded from a shortlist of five songs from 1981. The winner was 'Counting The Beat' by The Swingers.

In 1978, Split Enz co-founder Phil Judd left the band in London and headed home to New Zealand. He arrived roughly the same time as punk rock. Teaming up with drummer Buster Stiggs (Mark Hough) and Bones Hillman (Wayne Stevens) of proto-punks The Suburban Reptiles, Judd formed The Swingers, combining the stark immediacy of punk with some of the art-school sensibility that had defined the early Enz, plus a good dash of sixties pop.

Playing only their own songs, the Swingers presented a challenge to Kiwi pub audiences, accustomed to hearing at least a smattering of familiar covers. But a few of the originals struck home, in particular ‘Counting The Beat’ with its near-wordless singalong chorus and bassline straight out of a Pretty Things song.

'Counting The Beat’ was released locally on an independent label, Bryan Staff’s Ripper Records (though by this stage Ripper had come under the wing of industry major CBS.) Raw and catchy, ‘Counting The Beat’ became a hit, topping charts in both New Zealand and Australia, and has had a long subsequent life as a television sting and supermarket jingle.

In 2015 The Swingers were awarded the 'Lost' Silver Scroll for their 1981 hit. Drummer Buster Stiggs talks to Susie Ferguson about the experience.